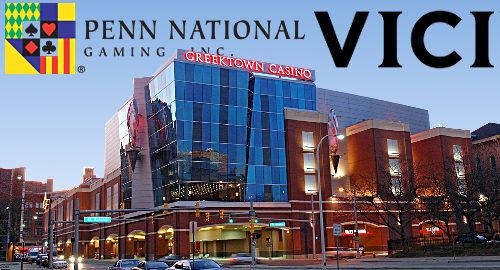 In September, rumors flew that billionaire Dan Gilbert was looking to divest his stake in JACK Entertainment, which operates Greektown, one of only three commercial casinos in Detroit. On Wednesday, PNG confirmed that it had agreed to pay $300m to acquire the casino’s operations. The sale is expected to close in mid-2019, pending approval by the Michigan Gaming Control Board.

The agreement also involves the sale of Greektown’s real estate assets for $700m to VICI Properties, the real estate investment trust (REIT) that was spun off from casino operator Caesars Entertainment. VICI’s involvement in the deal was reported in September, leading to speculation that Caesars was the frontrunner to acquire Greektown’s operations.

As part of the deal, PNG will enter into a triple net lease agreement with VICI that requires PNG to pay around $55.6m in annual rent in each of the next 15 years. The lease agreement also contains four five-year renewal options.

This is the second deal that PNG and VICI have struck in recent months, following a similar split involving the Margaritaville Resort Casino in Louisiana in June.

JACK Entertainment says it’s “continuing a strategic assessment” regarding the future of its gaming operations in other states, which include three venues in Ohio, the Turfway Park racetrack in Kentucky and its share of the Horseshoe Casino Baltimore joint venture with Caesars.