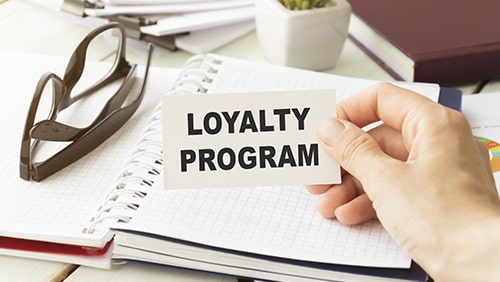 Penn National Gaming is hoping a new initiative will help it increase traffic at its casinos, even as it looks to reduce its Vegas footprint. It has announced a new agreement with Choice Hotels that will see both enter a reciprocity deal for their loyalty reward programs, with Choice customers earning points for any stays they make at Penn properties. The points aren’t just valid for future stays, though, as they can be converted into credits to be used for gambling.

Penn has casino resorts spread out all across the U.S. and is currently active in 19 states, including Nevada, Colorado, Louisiana, Pennsylvania and more. Members of Choice Hotels’ Choice Privileges program will soon be able to reserve trips to any of the properties, earning Penn points in the process. The program is expected to be introduced later this year, and Choice Privileges members will be able to use those points based on Penn’s mychoice Rewards program. $1 in points equals $1 in gambling money, but the values increase for other activities, including for use with hotel stays, restaurants, shopping and more.

The deal could prove to be just as lucrative for Choice, as well. The company operates under its brand name and under the Ascend Hotel Collection name, and reportedly has around 7,100 properties at its disposal. The agreement with Penn will add another 7,000 rooms and give travelers more reason to choose Choice.

Choice’s chief commercial officer, Robert McDowell, said in the statement, “Teaming up with Penn positions our more than 47 million Choice Privileges members to easily book a casino resort directly with Choice while continuing to earn points. Plus, there are more than 1,500 Choice-branded hotels within an hour’s drive of one of Penn’s casinos, racetracks or sports betting locations, so Penn loyalty members will similarly have the chance to use their mycash on stays at Choice-branded hotels across the country. Penn will also benefit from our award-winning global reservation system, which drives more than $9 billion in revenue to the 7,100 hotels in our system annually.”

The new agreement follows a growing trend that has seen a number of casino operators partner with hotel chains in reciprocity agreements. Most notably, Caesars Entertainment has a standing relationship with Wyndham Resorts that allows both of the companies’ loyalty program members to redeem points at each other’s various properties. Penn will also be able to benefit from an advanced reservation system operated by Choice, which reportedly “drives more than $9 billion in revenue.”

Penn investors have apparently reacted well to the news. The company’s stock started the year at $80.89, as of January 4, following an upward trend that has been building since the COVID-19 pandemic first impacted U.S.-based casinos last March and took the price down to around $4.50. Penn has seen more gains this week, and the company’s stock closed yesterday at $104.47.