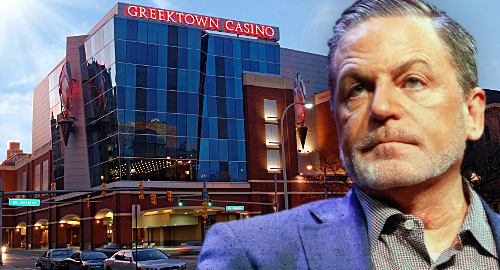 Billionaire Dan Gilbert is reportedly looking to divest his JACK Entertainment casino holdings, and Caesars Entertainment is being touted as a likely buyer.

On Wednesday, Bloomberg reported that Gilbert, who founded America’s largest mortgage firm Quicken Loans, is looking to offload his stake in JACK Entertainment, which was formerly known as Rock Gaming until its rebranding in February 2016. Deutsche Bank and Credit Suisse are reportedly steering Gilbert’s hunt for a buyer.

The Detroit-based JACK’s gaming portfolio includes six casinos and racinos, including three JACK-branded venues in Ohio, the Greektown Casino in Detroit, Horseshoe Baltimore in Maryland and the Turfway Park racetrack in Florence, Kentucky. The report claimed the venues could be sold all in one go or on an à la carte basis.

Gilbert (pictured) already has a relationship with Caesars, as Rock Gaming purchased Caesars’ stake in the Ohio venues in 2015. JACK is also partners with Caesars on the Horseshoe Baltimore property, which habitually ranks third in Maryland’s monthly casino revenue charts.

Caesars is reportedly keen on partnering with its VICI Properties real estate investment trust on a JACK deal, whereby Caesars would own the buildings while VICI would own the dirt on which they stand.

It’s unclear what may have prompted Gilbert to look to unload his casino holdings, given that his net worth is estimated at a cool $7.8b. JACK Entertainment is privately held and thus isn’t obligated to release quarterly earnings reports, but a Cleveland.com report from January claimed the three JACK-branded Ohio venues had generated revenue of $2.78b since they opened in 2012 and 2013.

Gilbert, who also counts numerous professional sports teams – including a majority stake in the NBA’s Cleveland Cavaliers – among his holdings, has yet to comment on the Bloomberg report. His company said it was observing its “long-standing policy of not commenting on rumors or speculation.” Similar ‘our lips are sealed’ messages emanated from Caesars and the bankers that are allegedly overseeing the sale.