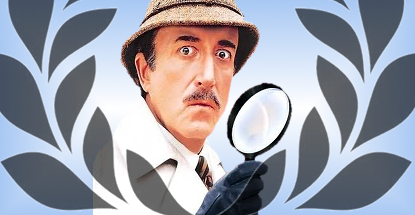 The sale was possible because the three casinos were held outside Caesars’ main unit, Caesars Entertainment Operating Co (CEOC), which is currently embroiled in highly contentious Chapter 11 bankruptcy proceedings.

CAESARS TO HIRE INSPECTOR CLOUSEAU TO INVESTIGATE ASSET TRANSFERS
Thursday also brought news that CEOC has asked the bankruptcy court to appoint an outside examiner to determine whether Caesars’ controversial asset transfers amounted to, as junior creditors have alleged, a blatant ‘looting’ of CEOC to shield those assets from creditors’ clutches.

Caesars has offered to provide $10m to fund the investigation, which they believe will take 120 days to conduct. Caesars helpfully suggested that similar probes currently being conducted by creditor groups should be shut down so as not to interfere with this probe.

Wilmington Trust, which represents creditors owed $479m, filed papers with the court accusing Caesars of not being interested in discovering “what they did or what they should do now to remedy their wrongs, but rather to forestall creditor investigations and access to documents.”

Wilmington Trust cited a 1993 Florida case in which a judge refused a request similar to Caesars’, saying he couldn’t think of why such a request would be made “unless it is used as a strategic move to prevent a harsher alternative.”

Last week, CEOC asked the bankruptcy judge to disband a committee representing junior creditors, which CEOC is required to fund as part of its bankruptcy. CEOC said there was “simply no justification for such an expense” given that the second-lien committee will “create needless additional litigation as multiple parties spend estate resources fighting.” There are two creditor panels involved in CEOC’s bankruptcy, each appointed by the Department of Justice’s Office of the US Trustee.

Caesars has proposed a restructuring plan that would morph CEOC into a real estate investment trust, with one division operating its casinos while another would own the land on which the casinos stand. The plan has received the backing of CEOC’s senior creditors, who would receive about 92% of the value of their notes. Junior creditors have balked because the plan would pay them only about 10% of the $5b they’re owed.