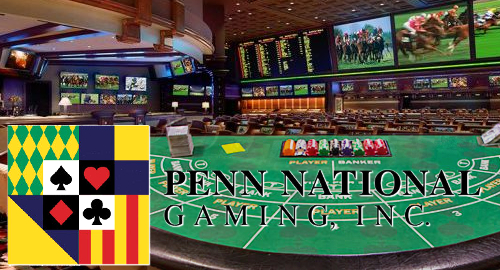 This week, PNG delivered its Q1 financial report card, which showed revenue of $1.28b in the three months ending March 31, a 57% improvement over the same period last year, although slightly below the company’s earlier predictions of $1.3b. Earnings (after paying $208m in rent to PNG’s landlord) were up nearly 40% to $183.1m while net income fell nearly one-quarter to $41m.

The revenue figure was significantly goosed by PNG’s addition of 12 Pinnacle Entertainment casino properties, while the net income decline was the result of a significant rise in interest payments on the financing of that acquisition. PNG’s revenue (and interest payments) will grow even faster following this month’s expected completion of its $300m deal for Detroit’s Greektown casino operations.

Once the Greektown deal is in the bag, PNG’s portfolio will consist of 42 venues (soon to be 41 following the June closure of Resorts Casino Tunica) across 19 jurisdictions. All of PNG’s regional divisions reported healthy revenue gains in Q1, led by the Northeast segment ($550.6m, +20%).

However, the South segment posted the largest percentage gain ($291.9m, +360%), thanks to the January completion of PNG’s deal for Louisiana’s Margaritaville Casino. PNG CEO Timothy Wilmott heralded the timing of that deal, noting that Margaritaville “had their best quarter ever” and the property had “tremendous momentum right now.”

SPORTS BETING LIFTING OTHER VERTICALS
Speaking on the analyst call, PNG COO Jay Snowden said the company posted its “strongest year-over-year table games growth quarter on record,” which was partly due to the introduction of sports betting at its properties in West Virginia, Pennsylvania and Mississippi. Snowden said this result made PNG “very excited” about ongoing efforts in other states to legalize wagering.

Wilmott added that “properties that were flattish to down slightly in table games or food and beverage are now seeing growth of between 5% and 10%” following the introduction of retail sports betting. Wilmott added that this phenomenon was even more pronounced during the recent March Madness basketball tournament.

PNG doesn’t yet operate online betting in any of the legal wagering states, although Pennsylvania is poised to launch its digital wagering market any day now. However, Wilmott noted that the state’s punitive 36% tax rate on betting revenue was the reason PNG “didn’t invest a lot of capital in Pennsylvania because there were no returns to be realized.”

As a result, PNG was treating Pennsylvania betting “more as an acquisition tool” and a “volume driver” that forced the company to “monetize those guests elsewhere in the casino” in order to derive any bottom-line benefit.