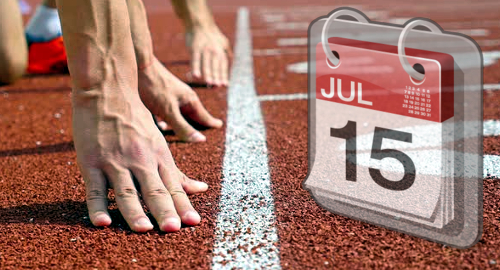 On Wednesday, Pennsylvania Gaming Control Board (PGCB) exec director Kevin O’Toole confirmed that the state’s online gambling licensees will be cleared to launch casino and poker products as of July 15. The state approved the necessary legislation way back in October 2017.

The state has already authorized 10 iGaming certificate holders (the state’s land-based casinos) and three iGaming operators (the casinos’ online technology partners), all of which will be approved to go live on the same day to ensure a level playing field.

The state has also approved online and mobile sports betting, and Penn Live quoted PGCB spokesperson Doug Harbach saying that these digital wagering operations are likely to launch within the next two or three weeks.

The PGCB’s online casino/poker timeline appears to be hedging its bets on the outcome of New Hampshire’s legal fight with the DOJ. In January, the DOJ issued a revised opinion on the scope of the 1961 Wire Act to include other forms of gambling other than sports betting if any data crosses state borders in the process of completing a gambling transaction.

In January, the PGCB instructed its online licensees to inspect their operations to ensure they complied with the DOJ’s new opinion. The consensus is that, while interstate poker liquidity sharing is definitely out of bounds, most operations — including payment processing — involve some temporary out-of-state data routing, leaving nobody in the clear about anything.

In March, the DOJ stated that it would delay enforcement of its new opinion until mid-June to allow online operators in the states that currently have active online gambling regimes to bring their operations into compliance.

Last Thursday (11), the parties squared off in federal court, and Judge Paul Barbadoro gave the DOJ two weeks to clarify its stance on how far its new opinion extended. Prior to the hearing, the DOJ attempted to clarify that the new opinion didn’t apply to state lotteries, which rely on cross-border data traffic to offer national products such as Powerbll.

Barbadoro’s statements suggested that a ruling in New Hampshire’s favor might only apply within that state, potentially requiring other states to mount their own legal challenges of the new opinion. Regardless, the losing party will likely appeal the ruling, and Barbadoro predicted that the case was “likely going to be resolved by the US Supreme Court either way.”