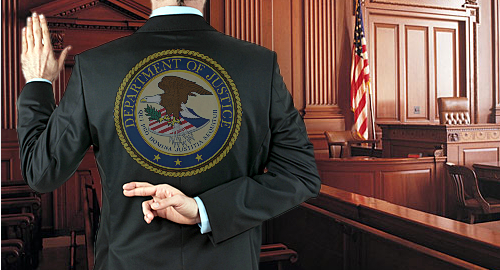 The US Department of Justice (DOJ) is trying to salvage a losing hand by claiming that its new Wire Act opinion has nothing to do with state lotteries.

On Monday, Deputy Attorney General Rod Rosenstein filed a reply brief in the DOJ’s lawsuit versus the New Hampshire Lottery Commission (NHLC), which is challenging the DOJ’s new Office of Legal Counsel (OLC) opinion that the 1961 Wire Act applies to other forms of online gambling other than sports betting if any data crosses state lines.

The gist of the OLC’s new opinion is that the Wire Act bars pretty much all forms of interstate gambling other than horse racing. This has state lotteries such as the NHLC concerned over the future of their hugely lucrative interstate products such as Powerball, while intrastate online gambling operators fear the fact that their data – be it actual gambling data or payment processing info – is occasionally routed out of state, as is most internet traffic.

On Monday, the DOJ issued a memo saying its new opinion never intended to target state lotteries or their vendors and the feds are currently “reviewing” that question. The DOJ further promised that, if its review determines that lotteries do fall under the Wire Act’s scope, the DOJ would give lotteries another 90 days in which to bring their operations into compliance.

The DOJ’s claims about not targeting lotteries is, quite frankly, preposterous, given that the 2011 OLC opinion that paved the way for intrastate online gambling operations was a direct response to questions asked by the state lotteries in Illinois and New York, which sought clearance to offer online ticket sales.

In reality, the DOJ’s memo appears to be nothing more than a shamelessly transparent bid to eliminate state lotteries from the court case, which the feds appear to believe would leave them in a much stronger position fighting only commercial operators who lack the lotteries’ clout with local legislatures. However, it remains to be seen how favorably a federal judge will view the DOJ’s brazen effort to change legal horses mid-stream.

In March, the DOJ announced that it would delay enforcement of its new Wire Act opinion until mid-June, under the belief that this would allow affected operators to bring their operations into compliance. It’s increasingly clear that the DOJ needs more time to figure out how to justify this legally sketchy opinion, which was widely viewed as political payback to Republican mega-donor Sheldon Adelson, who has made no secret of his hatred for online gambling.