Penn National to close one Mississippi property over competition 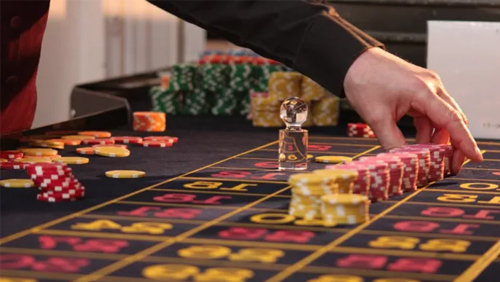 The casino market in Arkansas is picking up and the state’s neighbors are feeling the heat. Penn National has decided that it will close one of three properties in Tunica, Mississippi, which sits to the east of Arkansas, as the three properties combined could not keep up with the regional competition.

Resorts Casino Tunica is located in Tunica County, Mississippi. It borders Arkansas, which has seen an increase in casino activity in the past several months, and the venue is scheduled to shut down on June 30 after receiving approval from regulators in the state.

Penn National purchased the casino, as well as Bally’s Casino Tunica (now called 1st Jackpot) for $44 million in March 2017. Both are leased from Gaming and Leisure Properties, Inc., a real estate investment trust that was previously a division of Penn National before it became independent in November 2013. Penn National also operates a third casino, Hollywood Casino Tunica, which is adjacent to Resorts Casino Tunica.

Since 2014, three casinos in the area have closed and there are now only six functioning casinos in the immediate area. Tunica County was once a major casino market after the state legalized gambling in 1992 and was, for a long time, the only area that saw casinos. In 2001, there were 13,000 gaming jobs in the county—now there are less than 5,000.

The decrease in activity began even before Arkansas legalized gambling in November 2018. There has been a steady decline over the past 13 years, but, according to Penn National Senior VP of Regional Operations Al Britton, “increased competition from recent gaming expansion in Arkansas continues to drive the property’s business volumes lower,” leaving the company “with the difficult decision to close the business.”

Arkansas gave the green light to Las Vegas-style gambling at the state’s two existing racetracks last year and also approved the construction of two full-scale casino resorts. Both racetracks have already added table games to their portfolio that included mostly gaming machines and are going to see even more gambling options after the state legalized sports gambling through a ballot vote last November. That activity has yet to go live, but the racetracks, Southland Casino Racing and Oaklawn Casino Resort, expect things to kick off sooner, rather than later.