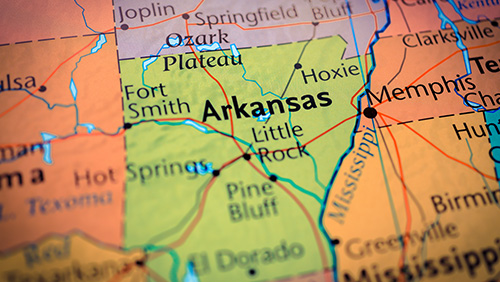 Arkansas has seen its share of racinos, gambling on certain types of animal races, but it never could see clear to authorize casinos. Despite multiple attempts over the years, all casino bills failed at one point or another, but that is now changing. As of this Monday, Arkansas will officially be home to two casinos.

The Arkansas Racing Commission (ARC) authorized last week full casino licenses to two venues in the state. The first is Southland Park Gaming and Racing in South Memphis and the second is Oaklawn Racing and Gaming in Hot Springs. The former offers dog races, while the latter offers horse races.

Arkansas voters approved a measure last November that authorized the casinos. Issue 4 on the November ballot sought to amend the state’s constitution to allow expanded gambling, and it passed with only a little resistance.

As of April 1, the two racinos can offer a variety of gambling options—blackjack, Mississippi stud, craps, roulette and more. Both venues have stated that they hope to have everything up and running by the end of the summer, and that they will offer poker and sportsbooks, which were also authorized through Issue 4.

The amendment stipulated that there would be a total of four licenses available. Two of these would be issued to existing operations, while the other two would be issued to new venues. Scott Hardin, a spokesperson for the Arkansas Department of Finance and Adminsitration, indicates that the ARC will begin accepting applications for those two additional licenses in May and that the venues will be located in Pope and Jefferson Counties.

As is the case in most states that are considering, or have already authorized, gambling and sportsbooks, Arkansas was driven by the expectation that the activity would give the state a serious economic boost. The University of Arkansas Economic Development Institute conducted research and determined that the state’s gross domestic product (GDP) could reach as high as $6 billion over the next 10 years due to the legalization of gambling. The four casinos are also expected to give the state $66 million in tax revenue each year.

Not everyone was on board with the idea, though. Arkansas Governor Asa Hutchinson had been opposed to the move; however, as a political leader should, he listened to the will of the people and allowed gambling to move forward.