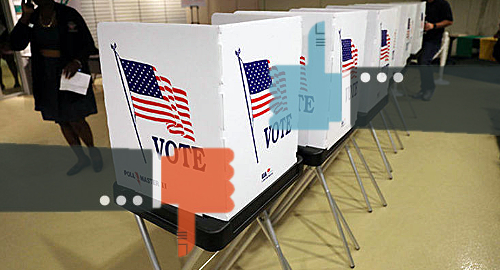 Tuesday’s mid-term elections saw Florida voters approve Amendment 3, which asked whether they wanted to alter the state constitution to make it more difficult for legislators to approve new gambling options. From hereon in, any plan to expand gambling will require a statewide referendum in which 60% of voters must approve the measure.

The vote, which was approved by a 71-29 margin, was supported by the state’s lone casino operator, the Seminole Tribe of Indians, which doesn’t want new competiion. Also in favor was The Walt Disney Co., which doesn’t want any new casinos close to its Disney World resort in the belief that proximity to gambling would spoil the resort’s family-friendly vibe.

But the most surprising opposition came on election day, as the NFL’s Miami Dolphins used their official Twitter feed to warn voters that voting ‘yes’ would “potentially close the door” on legal sports betting.

The Fins’ account later deleted the tweet, but it’s nonetheless a sign of just how far US sports bodies have flipped their positions on gambling ever since the US Supreme Court struck down the federal betting prohibition this spring.

Florida voters also overwhelmingly approved Amendment 13, which aims to phase out betting on greyhound racing by 2021. The state’s 11 dog tracks will be allowed to keep their poker rooms, simulcast betting and (in certain counties) slot machines.

ARKANSAS
Over in Arkansas, voters approved Issue 4, which sought to allow development of two new casinos in Pope and Jefferson counties as well as expand gaming options at the Southland greyhound track in West Memphis and the Oaklawn horseracing track in Hot Springs (both of which currently only offer electronic gaming machines).

Issue 4’s approval – which passed with roughly 54% of voters in favor – also paves the way for the Arkansas legislature to regulate sports betting, as the amendment sought to redefine the definition of ‘casino gaming’ to include sports wagers.

Issue 4’s approval is a major victory for two tribal gaming operators in neighboring Oklahoma, the Quapaw tribe’s Downstream Development Authority and the Cherokee Nation Businesses LLC. The tribes had formed a group known as Driving Arkansas Forward that provided the bulk of the funding to lobby on behalf of Issue 4’s passage.

However, residents of at least one of the counties slated for a new casino voted strongly against Issue 4. Moreover, voters in Pope county approved a local referendum question that would require a second vote for any local casino to take root.

LOUISIANA
South of Arkansas, voters in Louisiana voted to allow daily fantasy sports, but only in those counties where a majority was in favor. Fortunately, 47 of the state’s 64 parishes were in favor, including New Orleans, Baton Rouge and Lafayette. DraftKings and FanDuel spent a combined $1m lobbying state voters on the issue.

The state still has to craft the nuts and bolts of DFS regulation and taxation, meaning the launch of legal DFS won’t happen until well into the new year. When it does, the DFS operators’ geo-fencing specialists will have their work cut out for them keeping the product out of the parishes that voted agin’ the devil’s skill game.