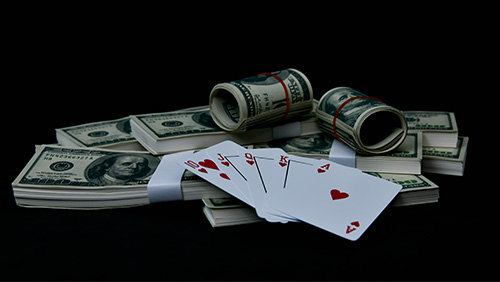 In the middle of September, Disney and the Seminole Tribe of Florida shelled out $10 million to fight gambling expansion in The Sunshine State. They’re at it again, this time reaching into their pockets to find another $10 million to try and sway voters’ opinions in the upcoming November general election.

Disney and the Seminole Indian tribe, which owns the Seminole Hard Rock resort, have contributed around $36.3 million combined to Voters In Charge, a lobby group designed to thwart efforts to see gambling become more prevalent in Florida’s landscape. They are campaigning for Amendment 3, which gives Florida residents the ultimate word on whether or not more gambling venues would be allowed in the state.

Disney doesn’t want more gambling because it says that it will threaten its family-friendly business, Walt Disney World in Kissimmee, Florida. The Seminole Tribe operates several casinos throughout the state and, for obvious reasons, doesn’t want any more competition.

Under the current legislative framework, the state legislature decides whether or not to allow more gambling operations. Amendment 3 puts the choice squarely in the hands of the voters and would need 60% approval for the measure to pass.

Voters In Charge is going to have to confront two political action committees (PAC)—Vote NO on 3 and Citizens for the Truth About Amendment 3—if it plans to succeed. Both PACs want the amendment to be defeated and have already garnered a great deal of financial support by a number of gambling entities.

Many believe that approval of Amendment 3 could ultimately lead to Florida losing out not only on revenue, but on jobs, as well. They have said that the measure is detrimental to the growth of the state’s economy and could result in other states advancing in the gambling and sports betting industries, while leaving Florida to fend for scraps.

Floridians will vote on Amendment 3 on November 6. Hopefully, the vote won’t be as controversial and confusing as some of the past votes have been. Chances are, though, that there will be a public outcry by the losers no matter which way the public votes.