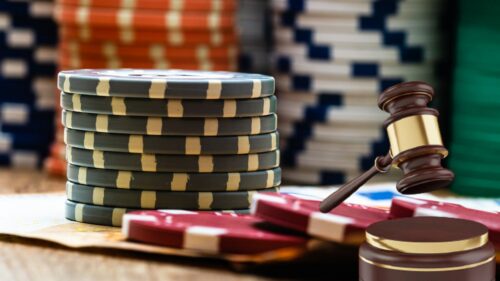 It should have been a simple process in Arkansas. An idea for casino expansion is pitched, approved by legislators and voters and casino operators then present their projects in order to seek license approval. Everything seemed to be going well in Pope County until it was time to choose which operator would be given the license. That was the step where, last June, Arkansas Racing Commission (ARC) Commissioner Butch Rice screwed everything up, creating a serious amount of embarrassment that lingers today. Rice had seemed to be less than impartial when he sided with Gulfside Casino Partnership and its project, leading to backlash and a fight by the other candidate, the Cherokee Nation of Oklahoma, as well as his removal from involvement in the casino plans. The ordeal has continued and has now reached the Arkansas Supreme Court, which is giving its support to the Cherokee in the on-going battle.

When members of the ARC gave their scores for the two casino proposals, it was blatantly obvious that Rice never seriously considered the Cherokee’s project, giving it a score so low that everyone knew something was fishy. That led to a complaint by the Cherokee, through its Cherokee Nation Business (CNB) arm, and the voting process was thrown out. An independent third party was brought in to make the decision, which didn’t sit well with Gulfside and the debacle continued.

Gulfside tried to plead its case in front of an Arkansas court judge, but lost. That, in theory, would have allowed the independent review and selection process to move forward, but the judge in that hearing, Pulaski County Circuit Court Judge Tim Fox, decided that the CNB, since it had no casino experience, wasn’t qualified to be considered as a possible candidate.

That’s not the end of the dispute, either. Gulfside was brought to task because it, according to some, didn’t follow the rules. By law, any proposal submitted to county governments must show support by a local official. In Gulfside’s case, it had a letter of support from Pope County Judge Jim Ed Gibson, but this caused an issue because, by the time the two casino candidates were being considered last year, Gibson had already vacated his position.

Gibson was replaced by Judge Ben Cross, who just happened to be a supporter of the CNB’s casino plans. The ARC threw out Gulfside’s application because it didn’t include an endorsement from an active official, and Gulfside found itself, once again, defending its position. Judge Fox found himself listening to company arguments once again and ruled that there was no mention in the legislation that required the proposal to carry an endorsement from an active official, allowing Gibson’s approval and Gulfside’s application to stand.

As Gulfside was airing its complaints in front of the court bench last year, it had managed to keep the CNB from being involved. This didn’t sit too well with the Cherokee, as the tribe would be directly impacted by whatever decision was reached. The Arkansas Supreme Court unanimously ruled this week that Gulfside was wrong and that the CNB should have been included. If the whirlwind legal case isn’t already dizzy enough, it’s about to get worse. As a result of the high court’s decision, the CNB now has legal grounds to contest any decision tied to the Pope County casino license, including the decision last week by the ARC to move forward with Gulfside’s proposal. The soap opera drama is far from over.