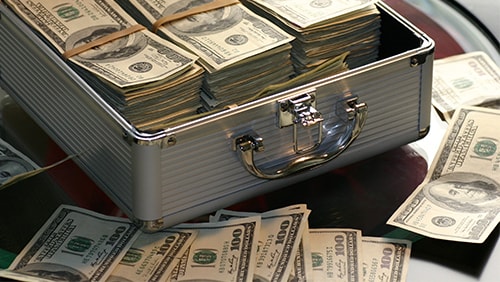 The coronavirus pandemic has been cruel to the gaming industry everywhere, and especially to Arkansas. According to the state’s Department of Finance and Administration (DFA), COVID-19 forced the casinos to take a massive $1.4-billion hit to their revenue. Fortunately, though, things appear to be slowly gaining momentum and the state’s three casinos might be able to get back to normal sooner than expected.

Arkansas doesn’t have a huge gaming industry; it only has the Oaklawn Racing Casino Resort, the Saracen Casino Resort and the Southland Casino Racing property. At the trio of venues, the gaming terminal wagers flatlined when the state went on COVID-19 lockdown in March, staying that way until they were allowed to return in the middle of May. Even when the go-ahead to relaunch was given by Governor Asa Hutchinson, capacity in the venues was limited and strict health policies were implemented, preventing the casinos to enjoy their normal levels of activity.

Oaklawn reported terminal wagers between March and July that were off by $700 million compared to the same period last year. Southland’s loss was a little larger, with it seeing a drop of $743 million year-over-year. Saracen, which just opened in September of last year, doesn’t have a previous year comparison, but only took in $128 million during the period, 42% less than the $312 million it received in the first five months of its operations.

As casinos started to come back online in May, things have gotten a little better. Oaklawn has flipped the switch on about 780 gaming terminals, taking in around $52 million in May as a result. Since then, that figure has climbed, first to $104 million in June, then to almost $120 million in July. July’s numbers were around 80% of what was seen a year earlier and, with only about half of the machines operational, the return is significant.

Southland also turned on about half of its machines when it reopened in May, giving patrons access to 1,108 terminals. It was able to see $92 million in wagers that month, $200 million the following month and $242 million in July. Compared to July 2019, that was 90% of the take, indicating – like is the case at Oaklawn – that there is no shortage of interest on the part of locals to hit the games.

Keeping the trend going, Saracen has seen steady climbs, as well. It is now operating out of a temporary facility during construction on its main building, but May saw $14 million in wagers placed through the property’s 300 terminals, which jumped to $35 million the following month. In July, that figure was $42 million.

This is great news for the state, as well, which counts on the casinos for tax revenue. In July of last year, Arkansas received around $4.5 million in tax revenue from Oaklawn and Southland. This past July, with one more casino in place and greatly reduced capacities being enforced, the trio of properties delivered about the same amount. Scott Hardin, the spokesperson for the DFA, says as a result, “The state economy, in general, is outperforming our expectations … that carries over to the casinos. I think within the next two to three months, we could see the normal levels of revenue we saw this time last year.”