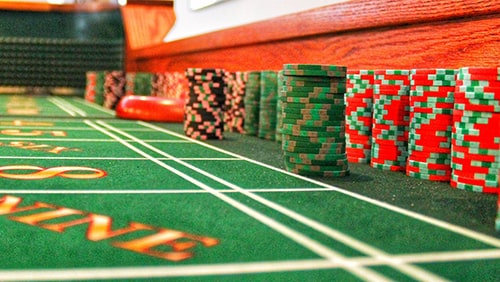 The Lumbee Tribe are very happy about their recent wins, with the U.S. House unanimously approving the Lumbee Recognition Act. The Eastern Band of Cherokee Indians aren’t quite so happy, seeing this as a mockery of their own past recognition, and an attack at their bottom line.

By receiving recognition, the Lumbee can now go for several benefits, including a casino in Robeson County, North Carolina. “The Lumbee people have been praying for this day and today’s action in the House brings us one step closer to our goal,” Harvey Godwin Jr., chairman of the Lumbee tribe, said in a news release.

The Cherokee are much less happy. They’ve pointed out in the past that the Lumbee have changed the story of their heritage multiple times, and they hope the Senate puts an end to any talk of recognition.

“The use of congressional authority to ignore and avoid investigation of such serious questions about the Lumbees’ authenticity is an outrageous injustice to all federally recognized Tribes,” said Richard Sneed, principal chief of the Eastern Band of Cherokee Indians, in a statement Tuesday. “History and facts must guide the process, not politics. We call on the Senate to reject this legislation and allow the Lumbee claims to be examined through the Office of Federal Acknowledgement in the Department of the Interior.”

“We didn’t invent these rules and this process,” Sneed added. “But we have played by the rules, we have respected the process. We expect other tribes to as well.”

While some of this is over the pride that come from recognition as a tribe, the heart of it is casino revenue. “The federal government doesn’t provide a lot of funding for Indian communities and there are strings attached to it — we’re told how to spend that money,” said Lawrence Locklear, a Lumbee tribal member and associate professor of American Indian Studies at UNC-Pembroke. “But with unrestricted casino monies, you can spend that ever how you want to. If you want to start businesses you can. If you want to give per capita checks to tribal members, you can.”

If you want to see why the Cherokee are so upset, it’s because they are quickly feeling the pressure of competition. Until recently, they had a monopoly on casino operations in North Carolina. Now, the Catawba Nation is negotiating for their own casino, a move the Cherokee oppose, and the Lumbee appear to be right around the corner.

That pressure has the Cherokee looking to expand in other states. They are nearing a deal to buy the Caesars Southern Indiana Casino, with Sneed having recently approved $10.5 million to get working on an offer.

“We’re trying to be strategic and get into these other markets, because we know these threats are coming, and so the decisions we make now or don’t make now will determine what the new normal is five years from now,” Sneed said.

Unfortunately for the Navajo, they not only need to fight their own Covid-19 problem, but that of the entire state of New Mexico. The Nation saw 258 new cases on November 28, but the state as a whole saw 2,142. Neighboring states of Arizona and Utah had 4,136 and 2,043 respectively.

“The spread of COVID-19 completely depends on the movement of people,” Navajo Nation President Jonathan Nez said. “We have the ability to dramatically reduce the spread of this virus by staying home, but not enough people are making the right decisions. We have too many people that are continuing to travel, to go to stores for frivolous items, and holding family gatherings. We have to do better in order to prevent a major health care crisis and to avoid overwhelming our hospitals. I’m certain that no one wants to lose a loved one to this virus, so please be strong and make good decisions for your family. Stay home, wear a mask, practice social distancing, avoid crowds, and wash your hands often.”

Navajo casinos remain closed, with their reopening having been vetoed by Nez due to safety concerns.

As of November 30, you won’t be able to go to the Akwesasne Mohawk Casino on Mondays and Tuesdays. There simply aren’t enough customers for them to keep the place open all week long.

“While it is a difficult decision, it is the most fiscally responsible way to scale our operation to match our customer’s attendance patterns,” said General Manager Emily Lauzon.

In Spokane, Washington, the Northern Quest Resort & Casino will be getting an additional 200 rooms. The Kalispel Tribe built the resort in 2008 during a recession, and they believe now is the time to invest again.

“While 2020 has been a difficult year for the hospitality industry, we continue to weather the storm and look toward to the future,” Nick Pierre, Northern Quest general manager, said in a statement. “For the past several years, we’ve been running at consistently high occupancy in our hotel and while meetings and events business has taken a big hit in the past eight months, we are confident things will bounce back in the coming months and years, returning us to the kind of demand we were seeing in 2019 and early 2020.”

Looking for a job in New York?

The Turning Stone Resort Casino is hiring, and they’ll pay for you to move. Located in Verona, New York, the casino will provide housing assistance, daycare, and expenses for the move should you be hired.

“We’re a hospitality organization and we’re ready to expand that hospitality to folks who are moving here to take on a new career,” Dana Sovocool, VP of HR with Oneida Nation Enterprises said.