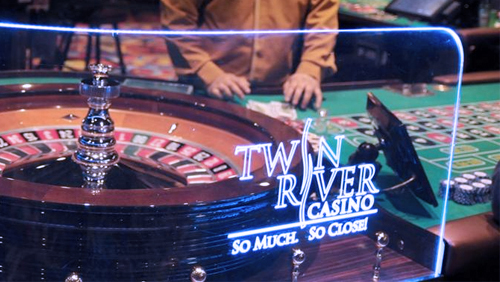 Twin River Worldwide Holdings, Inc. has made another, huge step forward in Colorado. The Rhode Island gambling operator is preparing to purchase three casinos in Black Hawk. Twin River already owns the Arapahoe Park horseracing facility and a network of off-track gambling facilities in the state.

According to a company press release, it has agreed to purchase Golden Gulch, Mardi Gras and Golden Gates, all of which are owned by Nevada-based operator Affinity Gaming. Black Hawk is a historic mining town that has become a hot spot for gamblers and offers over 15 gaming parlors and casinos.

Twin River President and CEO George Papanier states, “The acquisition of the Golden Gates, Golden Gulch and Mardi Gras casino properties is a unique opportunity to further grow and diversify our nationwide portfolio of gaming properties. We are pleased to expand our portfolio in Colorado beyond our Arapahoe Park race track and statewide Off-Track Betting network, establishing a significant presence in the growing Black Hawk market.”

Before the deal can be completed, the Colorado Division of Gaming will need to review the plan. Then, the state’s Limited Gaming Control Commission would need to sign off on it. The details of how much money will change hands was not provided, but the acquisition is expected to be completed early next year.

Affinity has owned the casinos since 2012. It is seeking to offload them as it focuses on different markets and will see its portfolio reduced to eight gaming venues if the deal is approved.

The three venues to be purchased offer a combined gaming space of 26,000 square feet. They offer 20 table games, one poker parlor and 700 slot machines.

In its home state of Rhode Island, twin River owns the Twin River Tiverton and the Twin River Lincoln casinos. Tiverton opened in the fall of last year, about the same time that Lincoln opened the first legal sportsbook in the state.

Following the successful launch of the Lincoln sportsbook, Tiverton launched its own sportsbook in December. This past Tuesday, gaming officials in Rhode Island revealed that the sportsbooks handled a combined $13 million in wagers in December, the first full month of sports gambling. That led to revenue of $957,900 for the month, with $1 million being collected since the first sportsbook opened in late November.