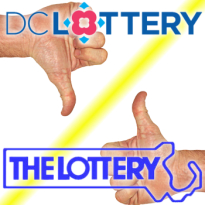 Clearly, it was too good to be true. Earlier this month, the District of Columbia’s first-in-the-nation plan to launch an intrastate online gambling product this autumn was indefinitely postponed due to concerns that the public had been insufficiently consulted on the matter. Now the play-money ‘demo’ version of DC Lottery’s igamingdc.com, which was scheduled to launch this month, has also been put on hold. DC Lottery exec director Buddy Roogow is putting on a brave face, claiming that the delay will allow the lottery outfit to create “a more complete demo” site, but no new launch date has as yet been announced.

Sensing blood in DC’s swamp water, Councilmember Tommy Wells is planning to introduce legislation this fall to completely scuttle the District’s online gaming plans. Wells claims that the law needs to go because “it didn’t go through a public process.” It’s not clear whether Wells would change his stance if the public meetings DC Lottery intends to hold this fall result in the public’s approval. Regardless, these two developments will likely come as sweet music to the ears of US Senators Harry Reid (D-Nev.) and Jon Kyl (R-Ariz.), who co-wrote a letter to US Attorney General Eric Holder last week asking for a tougher stand on state lottery outfits that had publicly contemplated launching online products.

But it seems nobody told Sen. Barney Frank (D-Mass.). Frank, a fervent advocate of federal online poker legislation, has publicly given his blessing to a proposed bill that would allow the Massachusetts Lottery Commission to sell lottery tickets online via credit cards. The bill, introduced in January by Massachusetts State Sen. Michael Rush (a Navy Reserves member currently serving in Iraq who won’t be back stateside until 2012), projects increased revenues for the state of up to $1b annually.

The bill faces opposition from retail merchants who fear that online lottery sales will reduce the over-the-counter sales on which they rely for a significant chunk of their foot traffic. Also opposed is the Massachusetts Lottery’s boss, State Treasurer Steve Grossman, who claims that “allowing credit card payments without careful analysis of the consequences could very easily exacerbate problem gambling across the state.” But regardless of his personal feelings, Grossman estimated that if/when the Rush bill passed, the state lottery could/would have a workable online product in place nine months later. (It’s a boy!) Grossman acknowledged that “it’s clear Washington is moving toward online gambling. I want to make sure we are ahead of the curve and are one of the winners of the new world of online gaming and not a loser because we stuck our heads in the sand.”

A frustrated Frank told the Boston Herald that he didn’t understand “why liberals think they’re supposed to tell people not to gamble. They favor gay marriage, legalization of marijuana and sex-oriented literature, but not gambling. It’s totally inconsistent. It’s wrong for state and federal government to make betting a crime … I am in favor of people being able to gambling online.” And so say all of us.