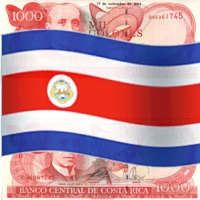 Costa Rica’s government has backed off from plans to impose a 15% gross revenue tax on land-based casinos and a $50k/year charge on online gambling operators. The tax plan, first announced in August 2010, was intended to help the government fund anti-crime initiatives. Now, AM Costa Rica is reporting that the tax has been “put into cold storage” to avoid obstructing the larger tax reforms the government is hoping to enact.

Despite being a main plank of new President Laura Chinchilla’s election campaign, the proposal “was not viable,” according to Marco Vargas, Minister of the Presidency. Resistance to the measure came from the country’s political opposition parties, as well as the Association of Call Center Employees and the Costa Rican Association of Casinos. Speaking on behalf of the latter group, president Jorge Hidalgo said that, as written, this proposed legislation seemed hell bent on shuttering the entire industry. Well, relax, Jorge… For the moment at least, it’s pura vida business as usual in Costa Rica.

However, that doesn’t mean the wind can’t shift without warning. And that could spell trouble for online gambling operators who have made Costa Rica their primary base, rather than a mere BPO (business process outsourcing) location. Unless your Costa Rican operations are designed to offer services to a licensed entity in a separate jurisdiction, there’s no certainty that you are not potentially running afoul of Costa Rican law. And that could turn your business from pura vida to pura loco.