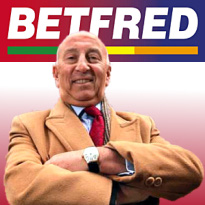 Meanwhile, Fred Done, whose eponymous Betfred outfit won the auction to take control of the UK Tote, is doing his best to arrest racing’s declining fortunes. The Tote’s retail shops are being remade in the Betfred shop image, and Done is introducing new betting products. In an interview with ThisIsMoney.co.uk, Done was positively tickled by his new toy, claiming “we’ve only had it for a month and already we’re seeing the numbers improving. We’ve guaranteed a £250k jackpot for the Scoop Six – which the Tote never did, and it’s really getting the numbers up.”

There were those who suggested a public floatation for the privately held Betfred might have really ‘got the numbers up’ but Done’s having none of it. “It was a stupid bloody idea that we got talked into. But there is absolutely no plan for a floatation now.” Done, who purchased his first betting shop 44 years ago at the tender age of 24, also has no plans to retire anytime soon. “I’ll retire when they carry me out … I have a great life and I enjoy working. Work is when you’re down a coalmine every day digging coal and you hate it. That’s work. What I do isn’t work.”

Nowadays, Done’s work involves personal visibility as much as it does crunching numbers. “One of the strengths of our brands is that I’m perceived as Betfred. I sit down with the traders – you wouldn’t get the chairman of William Hill doing that.” (Especially if Ralph Topping’s particularly cranky after missing his nap or something.) Calvin Ayre has always maintained that gambling is just another form of entertainment, a theory that fellow branding enthusiast Done wholeheartedly endorses. “We need fun in this business. It’s about entertaining. It’s not just winning and losing.” Done’s positive outlook is reflected on his company’s balance sheet. “We’ve been in recession for three years, but I’ve just finished a record year. So we must be doing something right.”