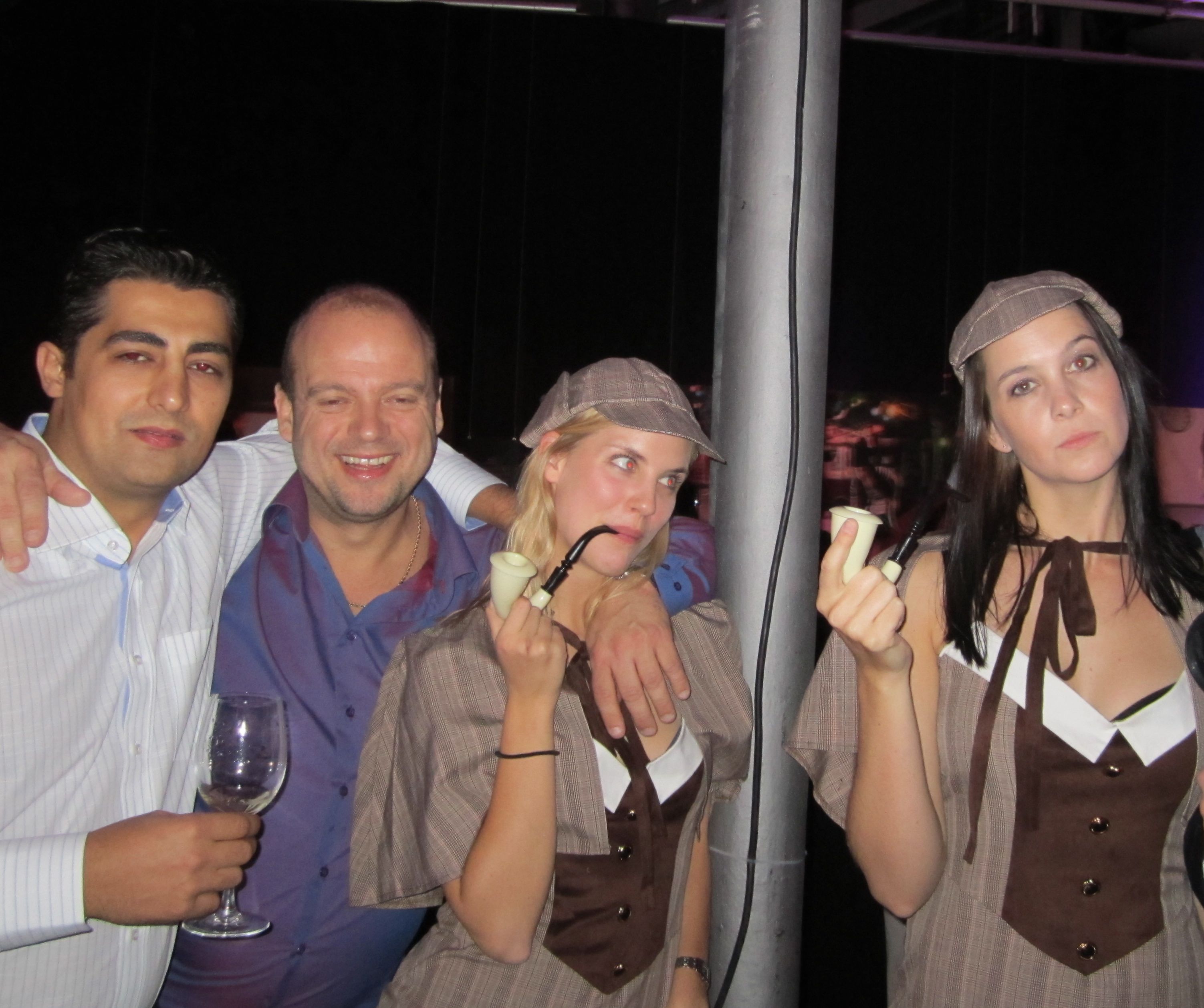 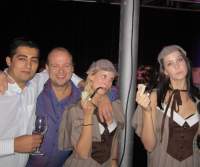 For once the EiG crowd headed to nightspots other than the tourist trap Rosie McGees which apparently attracts pimps and prostitutes if you google it! The day two parties of EiG had a bit of a late start due to a big football game that was on TV which all the Europeans in attendance were keen to watch, but once the game was over and everyone was several cocktails deep, the fun and games began.

First stop was the GTECH G2 VIP Party which took place at a former slaughterhouse currently housing the “wasted talent” exhibition, artistic works which include pictures of famous Danish talent such as DJs, actors, musicians, athletes and artists. In addition to the very interesting and unique eye candy hanging on the walls, there were several lovely ladies roaming the floor dressed as sexy Sherlock Holmes’s in celebration of the launch of GTECH G2’s new Sherlock Holmes slots. Of course the Ayre Heads were in attendance as well, but this time decked out in fancy cocktail dresses to please the more “corporate” crowd which made up the GTECH G2 party guests. Despite the fancy attire, there were some guests who took advantage of the live DJ and dance floor and busted a move in the middle of the classy art exhibition.

Next up was the Official EiG SafeCharge Party at Park Café, probably the best EiG party I have ever attended in terms of the venue, crowd, music, and ease of obtaining free booze. Fortune cookies, canapés, and desserts were passed around the crowd in addition to some ladies who I’d have to say were clearly hired to do god knows what, but they were fun to look at, I can tell you that much! The Park Café dance floor was full from start to finish, mainly due to the excellent DJ and due to the Playtech dinner which happened before the party and during which clearly filled their guests with enough booze to send you to the hospital…and the dance floor. All in all a great night, for all and good thing tomorrow is a half day because I think it’s safe to say that SafeCharge will be in charge of a lot of hangovers!