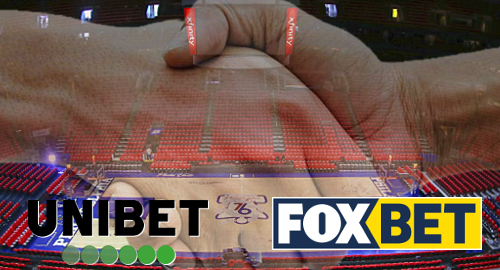 The National Basketball Association’s embrace of sports betting shows no sign of letting up, following new partnerships at both the league and team level.

On Monday, online gambling operator Kindred Group announced that its flagship Unibet brand had signed on as the NBA’s latest Authorized Sports Betting Operator. The deal will allow Unibet’s US-facing operations the right to use NBA trademarks across its online and mobile betting platforms, as well as gaining access to proprietary NBA data for in-play wagering purposes.

Manuel Stan, senior VP of Kindred’s US division, said his outfit “shares the NBA’s view on a legal and sustainable sports betting market, which makes this partnership a perfect match.” As with similar deals of this nature, the cost Kindred paid the NBA for this match remains a closely guarded secret.

NBA teams in legal US betting states are now getting in on this action, led by the Philadelphia 76ers, who on Monday announced a betting partnership with TSG’s Fox Bet joint venture with Fox Sports. Fox Bet will now serve as the presenting partner of the 76ers radio broadcasts and will have ample branding opportunities via the team’s social media channels and in-arena displays at the Wells Fargo Center.

The 76ers previously announced tie-ups with casino operator Caesars Entertainment and Pennsylvania’s Parx Casino, as well as an eSports betting partnership with Esports Entertainment Group’s peer-to-peer betting site. The 76ers have never shy about getting into bed with gambling, having signed a deal with PartyPoker’s New Jersey-licensed operations way back in 2014.

The 76ers will also enjoy greater gaming exposure via NBC Sports Philadelphia, which last week expanded its alternative betting-focused broadcasts of 76ers games. The network plans to run 10 such games during the current season, up from just two regular season games last year, with on-screen graphics detailing some of that sweet proprietary league betting data.

NBC Sports Washington pioneered these betting-themed broadcasts and recently announced that it would expand its reach to 20 Washington Wizards games during the current season.