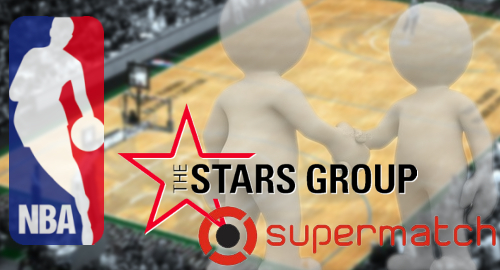 On Tuesday, the NBA announced the signing of a multi-year partnership that officially designates TSG – the parent company of PokerStars — an authorized gaming operator of the league.

Both parties have agreed to promote the other via their digital and social media platforms. The parties have also agreed to “collaborate on responsible gaming and partner on best-in-class practices to protect the integrity of NBA games.”

The deal is the first such sports tie-up for TSG, and Matt Primeaux, the company’s SVP Strategy & Operations USA, said the deal would provide a better experience for betting customers while allowing TSG to better execute its US market strategy.

The NBA has arguably been the most aggressive of the major North American sports leagues in embracing the new US legal betting climate, having inked a gaming partnership with casino operator MGM Resorts way back in August. Internationally, the NBA inked a similar deal with French lottery monopoly Francaise des Jeux (FDJ) in November, marking the league’s first official European gaming partnership.

Earlier this week, the NBA announced that it had struck a similar gaming partnership with Uruguayan operator Supermatch, the sports betting brand of the state-run monopoly National Directorate of Lotteries and Quinielas (DNLQ), which operates over 6k retail points of sale and also online.