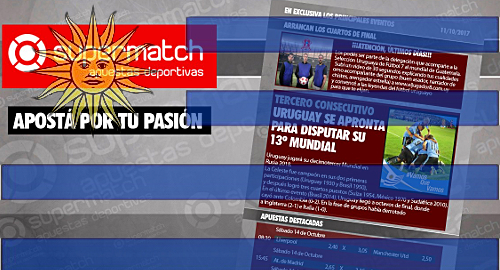 Uruguay will follow through on its threat to begin blocking international online gambling sites within days, according to the state-owned gambling monopoly.

On Wednesday, local media outlet El Pais quoted DNLQ chief Luis Gama that his office had identified a number of offending domains, which would be subject to blocking “in the coming days.” Gama cited UK online betting giant Bet365 and GVC Holdings’ Bwin brand – don’t forget GVC’s Sportingbet – as among the most popular international sites with Uruguayan punters.

However, these draconian efforts may serve as a prelude to Uruguay following the lead of Colombia in launching a regulated online gambling market open to international companies.

Gama said once the government had achieved its goal of “cleaning up the offer,” it may consider local online gambling licensing, although it’s unclear if Gama envisions an unlimited number of licensees, as per Colombia’s model, or whether the government would hold a winner-takes-all tender for an online technology partner for the DNLQ.

The DNLQ’s sports and lottery products accounted for over UYU13b of last year’s total, up 6.3% year-on-year, with Supermatch reporting the largest growth of all DNLQ products, its sales tripling to UYU1.7b.

Gama claimed that news of the planned crackdown on international sports betting sites caused many Uruguayan punters to transfer their balances to Supermatch, but Gama insisted (apparently without laughing) that the government was more intended in protecting Uruguayan punters than in bolstering its revenue.