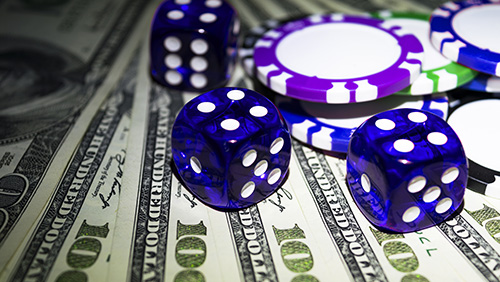 A new casino resort will be added to the skyline in Uruguay in the not-too-distant future. Cipriani, a mega company that operates luxury hotels and clubs around the globe, is pulling out the checkbook to finance its latest venue, which is going to be built in the coastal town of Punta del Este. By the time the work is done, Cipriani will have spent at least $450 million on the new venue.

The resort will incorporate the San Rafael Hotel, a Tudor-style landmark that is all but dilapidated. It is expected to be restored, to some degree, and a new building will be added that will be the home of a new casino and hotel.

According to a press release, “The new complex … will include the faithful reconstruction of the emblematic San Rafael Hotel, preserving the original design and complementing it with beautiful residences, restaurants, spa, pools, casino, theatre, boutiques, and a serviced beach club. Historic heritage, modern sensibility, and taste for timeless luxury will deliver the most unique experience in Punta del Este.”

Cipriani was once the owner of the Rainbow Room in New York, resting on top of 30 Rockefeller Center. It still owns Harry’s Bar in Venice, as well as other venues in Las Vegas, Dubai, Miami, Monte Carlo and Hong Kong.

There are already three casinos in Punta del Este, so Cipriani is going to find some stiff competition. However, the venue is expected to offer 164 suites in the new hotel, and 70 of the original accommodations in the San Rafael are going to be converted into residential units. That will appeal to a certain crowd, attracting a fair amount of traffic. But, it will also need to offer competitive gambling activity to attract gamblers from the town’s largest venue, the Conrad, which offers 75 table games and 550 slot machines.

Punta del Este is the “Monaco of the South.” It is uniquely located to draw gamblers from various locations, drawn to the incredible views and beaches the town can offer. By the time the construction is done in 2021, the new Cipriani Ocean Resort & Club Residences will be ready for visitors, hoping to increase the town’s position on the international gambling map.