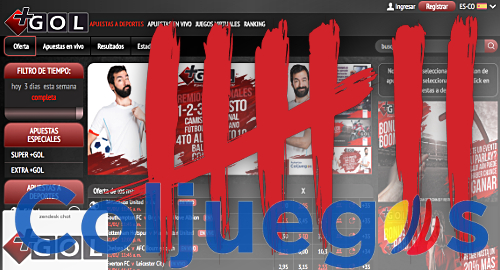 On Monday, Colombian gambling regulator Coljuegos announced that the Medellin-based Inverstark, an operator of gaming venues and supplier of land-based gaming technology, has launched online operations under the Masgol.co domain. The site is currently limited to sports betting and bingo products.

Coljuegos said Inverstark’s online license was valid for a five-year term, with an accompanying price tag of COP3.2b (US$1.12m). In the month of December, Coljuegos generated revenue of COP41.8b, of which COP1.6b came via its online licensees.

Coljuegos president Juan B. Pérez Hidalgo said Monday that the regulator was currently vetting two additional online applications, although he stopped short of indicating when these new licensees might be identified.

Masgol is the seventh online licensee since Coljuegos issued its first official online approval last June and the first since Miljugada received its online license in December. Coljuegos has set a goal of having 20 licensed online gambling operators by the time the 2018 FIFA World Cup kicks off in Russia this summer.

Coljegos’ Perez warned would-be scofflaws that it would redouble its efforts in 2018 and that illegal operators could face sentences of up to eight years behind bars, in addition to fines topping out at COP55m.

In 2016, Colombia became the first South American jurisdiction to formally approve a regulated online gambling market. Coljuegos has yet to sign its first dedicated online poker operator but the regulator made such a possibility more likely last November by announcing plans to allow licensees to share online poker liquidity with internationally licensed operators in other regulated markets.