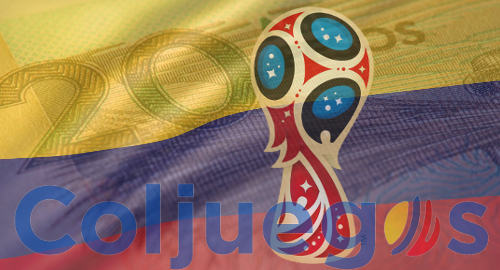 Colombia’s gambling regulator hopes to quadruple its number of online licensees by next summer’s FIFA World Cup in Russia.

Pérez Hidalgo claimed the country’s five online licensees had so far registered a combined total of nearly 50k customers. Direct contributions from online gambling taxes and fees should allow Coljuegos to transfer between COP4b-4.5b (US $1.33m-1.5m) to the nation’s health care system in 2017, a figure Pérez Hidalgo expects to grow significantly next year.

Counting proceeds from all forms of gambling, Coljuegos’ transfers to the medical system from the start of the year through to the end of October totaled COP 465.4b ($154.6m), up 19% from the same period last year.

Pérez Hidalgo said Coljuegos’ total collections from all forms of gambling were expected to rise 10-12% in 2018. Pérez noted that this was well below the previous two years, in which proceeds were up more than one-third, but suggested that this was due to the sector being “formalized” and “generating policies of responsible gaming.”

Coljuegos has no plans to impose a cap on the number of online licenses it plans to issue, based on Pérez Hidalgo’s belief that having “many” operators fosters competition, and that “benefits the players.”

Earlier this year, in preparation for the launch of its regulated online market, Coljuegos teamed up with the Ministry of Information Technologies and Communications to blacklist 325 domains of international online gambling operators who catered to local punters without a local license. Pérez Hidalgo said this week that this blacklist had since grown to 380 naughty names.