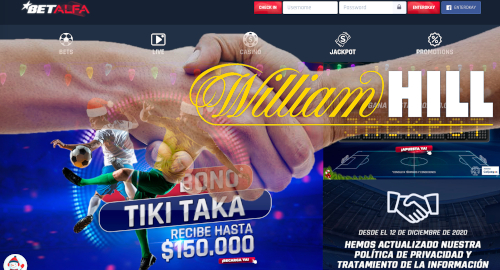 On Sunday, Hills informed investors that it had secured a majority stake in Cali-based Alfabet SAS, which offers online casino and sports betting in Colombia under the BetAlfa brand. The Betalfa.co site received its Colombian license in 2018.

Hills’ brief announcement didn’t state how big a majority of Alfabet it had acquired, nor what the company had paid for said stake. Hills said only that Colombia marked the ninth regulated market in which it is active, and that the deal furthered Hills’ international expansion strategy.

Hills CEO Ulrik Bengtsson, whose penchant for acquiring underperforming assets reportedly contributed to his exit from Nordic betting operator Betsson in 2017, said Sunday that Colombia’s regulated market was “a role model for the Latin American gambling sector,” offering a hint of Hills’ primary motivation behind the deal.

Colombia’s online market may have been a LatAm trailblazer but with nearly 20 online licensees and a median per capita income well below the global average, it’s safe to say no operator is getting particularly fat off their Colombia online revenue.

The primary motivation here appears to be demonstrating a willingness to toe the regulatory line in South America, apparently in the belief that this will serve them in good stead when Brazil finally gets around to launching its regulated online betting market. It’s still unclear how many licenses Brazil will make available, and so an extra feather or two in an operator’s compliance cap could prove invaluable.

Hills has additional motivation for growing its international presence. US casino operator Caesars Entertainment, which recently struck a deal to acquire Hills, has made no secret that its interest is entirely in William Hill US, and thus Hills’ international operations will soon be back on the block.

On a similar note, Hills announced last week that it had launched its Mr Green brand in Latvia’s regulated online market. That move followed Mr Green receiving its license to operate in Spain in October.