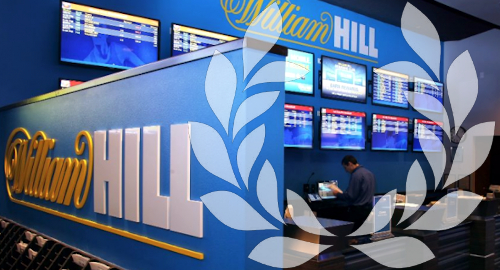 UK bookmaker William Hill’s takeover by US casino operator Caesars Entertainment has been approved by the former company’s shareholders, setting up a fresh fight over Hills’ non-US business.

On Thursday, Hills announced that shareholders who control 86.6% of the betting company had voted – on a virtual basis due to COVID-19 – to accept Caesars’s £2.9b offer for the UK bookmaker, easily exceeding the required 75% threshold for the deal to go forward.

Hills also announced that Caesars now expects the deal to conclude by the end of Q2 2021, with a possible conclusion by the end of March, barring any late hurdles thrown up by regulators in the markets in which the two companies operate. Caesars previously projected that the deal would close in the second half of next year.

Caesars has made no secret that its interest in Hills is entirely focused on the company’s US-facing division, leaving the future of Hills’ non-US operations very much an open question. Last week, GVC Holdings CEO Shay Segev told Bloomberg that his company might consider a bid for Hills’ UK and European assets.

Segev said his “tendency would be to look into it” and, if the price was right, “it’s something that we can definitely look at.” GVC recently announced plans to exit its grey- and black-market operations around the globe “by the end of 2023” and Hills’ business in regulated European gambling markets could help make up for the expected financial hit that GVC (soon to rebrand as Entain) will take from its market withdrawals.

Also reportedly kicking Hills’ non-US tires is Apollo Global Management, which backed out of the bidding war with Caesars for the whole Hills business last week. The private equity group is said to have particular interest in Hills’ UK operations, as the UK online business (£225.5m in H1 revenue) is nearly twice the size of its international online (£143.8m), while its retail operations remain a solid performer (£147m) despite the pandemic disruptions.

Meanwhile, the acceptance of Caesars’ bid portends a fat payday for US regional casino operator Golden Entertainment, which utilizes William Hill US for race and sports betting management at its four Nevada properties.

A clause in the Hills’ takeover documentation indicates that Golden is entitled to compensation of up to $75m should Hills undergo an ‘exit event,’ the definition of which includes ‘a change of control.’ During Golden’s Q3 analyst call earlier this month, president Charles Protell said it was “certainly our expectation that … we would receive all of that payment” once the acquisition was finalized.

Despite the imminent change of control, Protell added that he expected his company to continue working with Hills on sports betting, which extends to Golden’s casinos in Maryland and Montana, pending regulatory approval in those states.