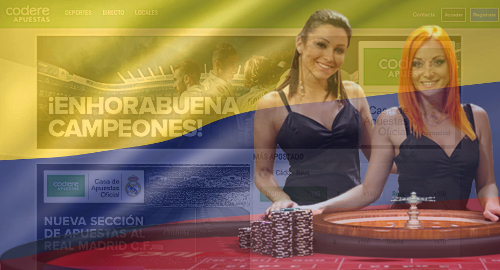 Colombia’s licensed online gambling operators will soon be able to add live-dealer casino games and other products, as well as share international liquidity for online poker and exchange betting.

The draft decree (viewable here, in Spanish) says the expansion of acceptable online product offerings will allow Colombia to “be even more competitive” with internationally licensed operators that continue to serve Colombian punters without Coljuegos’ permission. Coljuegos has invited stakeholders to submit comments on the proposals by November 20.

Among the most notable proposals is allowing operators to conduct live dealer baccarat, blackjack and roulette games in addition to their random number generator (RNG) casino products. Virtual sports and racing products, along with keno games, would also be permitted.

Online poker liquidity sharing would be permitted with operators in other regulated markets, eliminating the current ring-fenced restriction that online poker giant PokerStars cited as one of its principal reasons for withdrawing from Colombia’s market in July.

The decree also holds out the possibility that online licensees could offer bets on international financial markets, although no such wagers would be permitted on Colombian stocks or indices. Betting on the performance of cryptocurrencies would also be forbidden, as would prop wagers on political events.

As of last month, Colombia had issued four online gambling licenses, and Spain’s Codere Apuestas, which already has a significant land-based presence in Colombia, became the fifth online sports betting licensee as of Friday.

Prior to Friday’s announcement, Coljuegos president Juan B. Pérez Hidalgo had stated that the regulator hoped to issue several more online licenses before year’s end. Spanish operator Luckia, along with the Sportium joint venture of Spanish operator Cirsa and UK bookmakers Ladbrokes, have each hinted that they expect to receive their Colombian licenses soon.