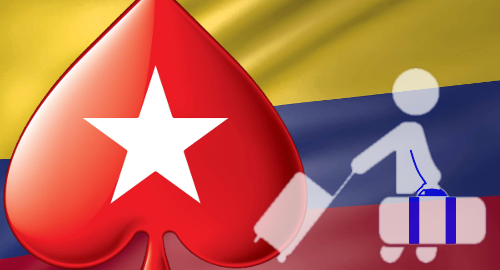 On Friday, PokerStars emailed its Colombian customers to alert them that they would no longer be able to enjoy real-money poker play effective Monday (17) “due to local licensing requirements.” Stars insisted that free-to-play games were still accessible in Colombia and that service in other Latin American jurisdictions would remain unaffected.

The message claimed Stars “has been, and will continue to be, in positive and proactive discussions” with Colombian officials and the site hopes to resume real-money activity in Colombia “in the future.”

Stars reportedly took issue with local regulator Coljuegos’ unwillingness to allow its online poker licensees to share liquidity with other jurisdictions, as well as the requirement that licensees base their servers in Colombia.

In March, Coljuegos published a blacklist of 325 online gambling domains it viewed as serving Colombian punters without authorization. Last week, Coljuegos took its first step toward punishing these unauthorized sites by requiring local internet service providers to block the domain of the Curacao-licensed Play2Win online casino.

When it issued its first license, Coljuegos claimed the country would collect COP 8b (US $2.6m) from online gambling fees and taxes in the first year of the regulated market’s operation. Last month, a Coljuegos official claimed the country had received over 60 inquiries regarding online licensing and expected to have seven licensed operators plying their trade in Colombia by the end of the year.

While local companies like Corredor Empresarial will most assuredly be among those receiving Coljuegos’ approval, it remains to be seen how close Colombia will come to reaching its revenue target if other international operators find the local regulations as restrictive as PokerStars.