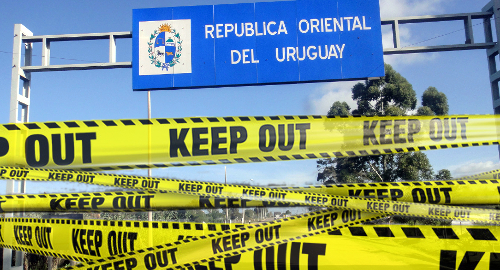 Uruguay has made good on its threats to impose strict prohibition of online casino and poker sites while introducing new taxes on state-approved forms of gambling.

Last week, the Uruguayan Senate voted 30-6 in favor of the country’s new Accountability Law, which includes the new gaming provisions. The bill was previously approved by the country’s lower house, and was signed into law on Monday by Uruguyan President Tabaré Vázquez.

Among Law 19.535’s gambling-related changes is a new 0.75% tax on gambling turnover made through officially approved casinos, gaming halls, racetracks, sports betting shops and the operations of the state-owned National Directorate of Lotteries and Quinielas.

The national lottery operator is also the only operator approved to operate online gambling, and only for sports betting. Law 19.535’s Article 244 states that “casino games such as poker, roulette, slots” and similar products are “absolutely prohibited” via any remote channels.

To ensure this restriction is observed by internationally licensed online gambling operators currently serving Uruguayan punters, Article 245 empowers the state to “adopt various preventive and sanctioning measures to prevent the proliferation” of online gambling, including “blocking of access to websites, financial frauds, as well as the prohibition of commercial communications, sponsorship and advertising of unauthorized games.”

Uruguay’s Ministry of Economy and Finance had signaled its intention to take the prohibitionist road in July, while National Party deputy Jorge Gandini had publicly railed against the fact that GVC Holdings’ Sportingbet brand was able to market its wares in the country via its sponsorship of local sports icons Club Nacional de Football.

Uruguay’s regressive stance stands in stark contrast to the new regime in Colombia, which became the first South American jurisdiction to formally approve online gambling legislation last year. Colombia has since issued two online gambling licenses, with four more reportedly coming in the coming weeks, although Colombia too has found it necessary to impose domain- and payment-blocking measures to wall off its regulated market.