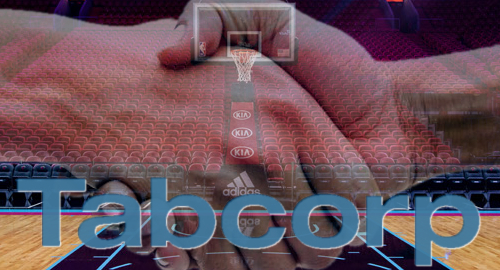 Australian wagering and lottery operator Tabcorp Holdings has struck a media and betting pact with the National Basketball Association.

On Tuesday, Tabcorp announced that it had struck a “multi-year media partnership” with the NBA to bring the league’s 24-hour NBA TV network to Tabcorp’s Sky Channel, which broadcasts in over 4,400 retail and entertainment venues that contain a TAB betting window.

Sky Channel will have the right to air NBA TV’s full programming line-up, including live games, highlight packages and original content. Tabcorp will also create “unique NBA content and experiences” for fans in its retail venues.

Separately, Tabcorp also announced that it had become an authorized sports betting operator of the NBA in Australia. The deal allows Tabcorp to use league trademarks within its betting platforms, while the two parties will “collaborate on best-in-class practices to protect the integrity of NBA games.”

The NBA has been collecting sports betting partners like a fat kid sniffing out chocolate eggs on Easter Sunday. However, unlike other deals of this sort, the official release announcing Tabcorp’s betting deal makes no mention of the operator having access to official NBA data for wagering purposes, only for the purpose of sniffing out attempts to fix matches or in-play betting markets.

Speaking of, Tim Donaghy, the former NBA ref who was convicted of abusing his position to affect the outcome of NBA games for betting purposes, told CBS Sports Radio this week that it was his belief that NBA referees are “manipulated by the league for certain reasons.”

Donaghy said league officials “program and train the referees before the games to concentrate on certain things, and it always goes in the favor of those teams that are down in the [playoff] series to advance it to a five, six or even a seventh game.” Donaghy further claimed that this was also likely true for the NFL “to make sure there’s more money put in the pockets” of the leagues.