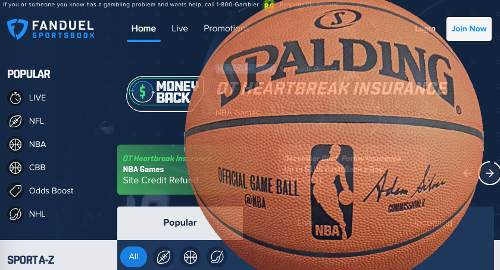 On Tuesday, the NBA announced an “expanded multiyear partnership” that will see FanDuel become the league’s latest Authorized Gaming Operator. The deal offers FanDuel access to exclusive NBA data for betting purposes, along with the right to use league trademarks across FanDuel’s sports betting products.

The parties aren’t strangers, having a relationship that dates back to 2014, when FanDuel became the league’s Official Daily Fantasy Partner. That deal won’t be affected by this new betting pact and FanDuel will continue to operate the bespoke InPlay live-action mobile fantasy product that launched in 2016.

FanDuel CEO Matt King said the NBA has been “an incredible partner” since the get-go and the parties were now “excited to work together in ways we haven’t before.” The parties intend to “create new and exciting game formats and collaborate on new experiences in daily fantasy and sports betting to further enhance the fan experience.”

The NBA has been adding partners faster than Stormy Daniels at a Mar-a-Lago Mazola party, having inked a similar deal with MGM Resorts in August, with French betting operator Française des Jeux in November, then followed that up last week with separate deals with The Stars Group, Uruguyan betting monopoly SuperMatch and Codere Group’s Mexican operations.

The NBA had lobbied state legislators hard to ensure that the major North American leagues got a cut of sports wagering handle, but legislators questioned why the leagues should be given this not insignificant money for nothing. The NBA may not have given up its Quixotic quest for ‘integrity’ or ‘royalty’ fees but for the moment appears to be settling for individual data deals with operators, even if the ultimate value of the operators’ end of these deals remains an open question.