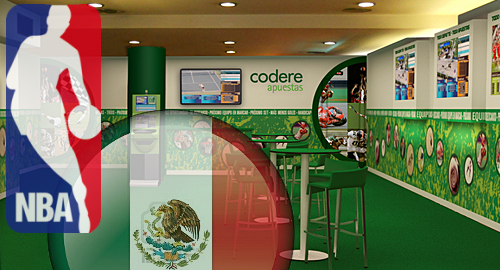 The National Basketball Association has named Spanish gaming operator Codere as an official gaming partner for the Mexican market.

On Wednesday, the NBA announced that Codere was the league’s first official gaming partner in Mexico. Codere operates both retail and online gambling units in Mexico, which accounts for about one-fifth of Codere’s global revenue.

In addition to the usual cross-promotional privileges and access to official NBA data for in-play wagering purposes, the deal will also see Codere named an associate member of the NBA Mexico City Games 2018, which features the Orlando Magic playing two regular season matches against the Chicago Bulls and the Utah Jazz at the Mexico City Arena this week.

The deal is the second Latin American gaming partnership the NBA has signed this week, following a similar pact with Supermatch, the sports betting division of Uruguay’s lottery monopoly. The NBA has also inked North American gaming partnerships with The Stars Group and MGM Resorts as well as a European deal with France’s Francaise des Jeux (FDJ).

NO FUN LEAGUE NO MORE
The National Hockey League and Major League Baseball have been active in seeking out their own gaming partners but the National Football League has traditionally been so gambling-averse — in public, at least — that following this trend appeared unlikely. That is, until now.

On Wednesday, Sports Business Journal scribe Daniel Kaplan tweeted that “NFL officials will tell owners today at league meeting that it will begin process of securing a national casino sponsor.” Several individual teams have signed individual partnerships with both land-based and online gambling operators since the league formally relaxed its ‘no gaming’ policy this summer.