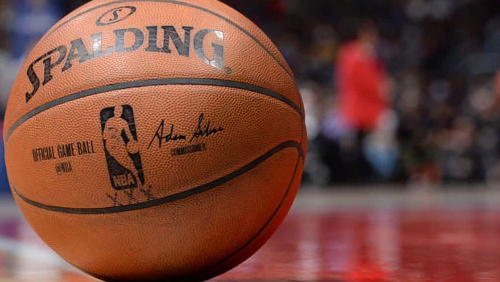 If Tim Donaghy was working an NBA game between 2003 and 2007, there’s a good chance the fix was in. That’s the takeaway from ESPN’s two year investigative article, “How former ref Tim Donaghy conspired to fix NBA games.”

The article is a fascinating deep dive into the entire history of the Tim Donaghy scandal. It covers how the referee slowly progressed from an honest official, to one playing in the gray areas of NBA betting rules, to when he started flat out betting on games he himself was betting on.

There are two fairly significant revelations the article gets to that either weren’t obvious before, or were barely covered by the media. The first is the initial discovery by sports book traders that the games were being bet on, and their attempt to capitalize on the action rather than stamp down on it. The second is the potential cover-up by the NBA of suspected match fixing. Both issues raise significant questions about the integrity of the league, and where it now stands that sports betting is spreading across America.

Regarding the first discovery, the article discussed a group nicknamed The Animals, who first discovered the odd betting pattern on Donaghy games in 2003. Rather than shut down the action and report it to authorities, the group began betting the patterns themselves, potentially raking in hundreds of millions. The key was to do it without alerting other books. They bet enough to get rich, but not super rich. As the article puts it:

“Large sums but, if handled deftly, not large enough to alert the broader market that something screwy might be going on. They had possibly just stumbled on the ultimate edge. They now had one job: Do not lose the edge by letting the information leak.”

The story then continues through a fascinating tale of how the Mafia families got involved, appropriated Donaghy’s services for themselves, and got greedy enough for the FBI to notice. Once FBI Agent Phil Scala brought the potential crimes to the NBA, that’s where things get shady for the league.

Scala’s intent was to simply inform the NBA, but to continue the investigation, to determine whether or not other referees were in on the fix. Instead, after then NBA Commissioner David Stern was looped in, the story leaked to the press, thwarting any further investigation.

The only question that remained at that point was if this was a simple case of Donaghy illegally betting on games, or also participating in match fixing. The NBA insisted, “You can’t fix a game in the NBA. It’s impossible.” ESPN’s evidence shows otherwise though, with Donaghy calling more fouls on the teams he bet against in 77% of the matches they analyzed.

What does this all mean? The two pieces I’ve highlighted from the story above get to the two major players in the expansion of sports betting in America now. Sports books will need to be much more honorable than the Animals were in 2003, and the NBA will need to offer a product with integrity.

Can they do that though? Sports books will have too many eyes on them to participate in such blatant corruption again. Regulators across America will not stand for any of their licensees acting in bad faith. The bigger question is if leagues like the NBA are ensuring their integrity.

If you dig deep into the details of the ESPN investigation, it’s hard to believe that the NBA did a fair investigation into their corruption after the Donaghy scandal came to light. His match fixing was almost blatant, but they still deny it. They’ve since put in better checks against a future scandal. “After Donaghy, the NBA put into place a host of new measures designed to detect any nascent game-fixing scheme,” the article notes. The conclusions the investigation draws though are very clear: the league was more interested in protecting its brand than showing any true integrity.

Now that the NBA and NFL are partnering with operators to offer sports betting, they are demanding integrity fees. These fees would go towards policing the games to ensure the outcomes haven’t been fixed in some way. It’s almost ludicrous that the leagues would require additional money from the operators to do this, as if they weren’t capable of doing it already.

Would that fee have changed the outcome of the NFC championship, where a blown call might have altered the participants in Super Bowl LII? Will it allow the NBA to keep closer tabs on their referees, who they still insist haven’t fixed a match?

It seems much more likely that integrity fees are just another revenue stream for professional sports, while they happily let their referees go underpaid compared to the revenues of the league. As a result, some calls might seem fishy, others are blown by replacement refs, and others fix the matches to improve their income.