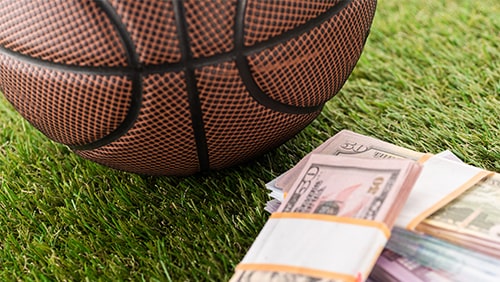 With the Super Bowl teams now set and the big game less than two weeks away, there’s not as much going on in football to attract gamblers’ attention. There are still plenty of prop bets and futures that look at who could be the strongest team to make a run for the Super Bowl next year, but most gamblers like to see current action. Bodog has seen NBA and college basketball wagers creep up on NFL wagers, and that trend continued this past weekend. Although the NFL was still out in front, despite only two games being played, the lead the league has enjoyed since last September is coming to an end.

This past weekend, 33.98% of the best placed on Bodog went to NFL games, but NCAA Men’s basketball grabbed 23.22% of the action. The NBA picked up 19.44%, and the combined 41% for hoops wagers took first-place at the sportsbook. Ultimate Fighting Champion (UFC) was up there, as well, as Conor McGregor came back into the ring. That led to UFC wagers accounting for 10.88% of the bets on Bodog.

The NHL is starting to gain momentum among sports gamblers. The hockey league took 5.83% of Bodog’s action this past weekend, beating out Germany’s Bundesliga, the FA Cup and Spain’s La Liga. These three split almost evenly the number of wagers from gamblers, combining for about 3.43% of the bets. eSports soccer was among the top ten, as well, with the GT Nations League grabbing 1.12% of the bets. It barely beat out cricket and the Big Bash League, which took 1.11% of the action.

With the Super Bowl looming and record wagers expected for the showdown between the Kansas City Chiefs and the Tampa Bay Buccaneers, gamblers gave a prelude of what to expect when the two Conference Championship Games garnered 69.46% of the attention on Bodog. The AFC game was a slight favorite, with 35.93% of the bets, while the NFC pulled down 33.53%. McGregor and the UFC ended up receiving a lot of attention, as well, with McGregor’s match against Dustin Poirier taking 11.37% of the Bodog wagers. McGregor, favored going in, fell to Poirier in Round 2, making a few underdog gamblers very happy.

Several NBA games proved to be very tempting to gamblers, starting with the contest between the New York Knicks and the Portland Trail Blazers on Sunday. It took 4.36% of the action as the Knicks fell just short. The Friday game between the Denver Nuggets and the Phoenix Suns, with the Nuggets repeatedly hammering away at their opponents this past weekend, grabbed 3.26% of the wagers.

February 7 will see Super Bowl LV come to Tampa Bay as the Bucs host the Chiefs. It’s the first time that an NFL team has played in the championship game in its own stadium and the game is undoubtedly going to see a constant flurry of gambling activity between now and then. However, when it’s over, the NBA (and NCAA’s March Madness) will take charge on sportsbooks, with some hockey and baseball bets added in for good measure.