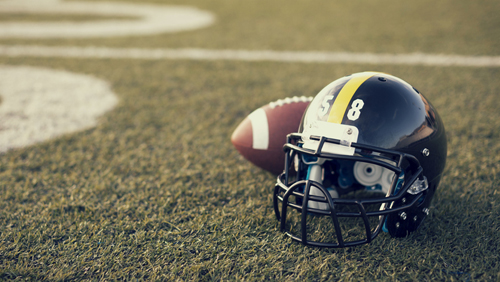 The NFL, like all major sports organizations, wants sports gamblers to pay an “integrity fee” on their wagers, with anywhere from 1-4% of the bet going to the league. It’s difficult to fathom how the NFL deserves to receive the fee to ensure the integrity of the game when it has become quite clear that it doesn’t understand what integrity means. Case in point, this past Sunday’s NFC final matchup between the New Orleans Saints and the Los Angeles Rams.

With under two minutes left in the game, Saints receiver Tommylee Lewis received a vicious open-field hit from behind by Rams’ cornerback Nickell Robey-Coleman. Video of the play has been shown on social media countless times, including by NFL Humor on Twitter. Take a look for yourself if you haven’t already seen it – The shot heard around the world.

There were field judges all over the place and the only way anyone could have missed the penalty is if they were blind. The lack of a yellow flag being thrown has many now saying that there had to have been some type of under-the-table deal within the league afoot – whether at the executive level or the referee level – to prevent the Saints from winning.

The lack of proper officiating – or even subpar officiating – has at least sports gambling expert predicting that the NFL is soon going to be faced with a lawsuit. In a Twitter post, Darren Roven of the Action Network asserts, “Fully expect a class action lawsuit to be filed against the NFL in the next 24 hours as a result of people claiming losses from bad call in Rams-Saints game. Don’t know how convincing the claims will be, but have no doubt they will be made.”

This isn’t the first time a game has been decided by the lack of a proper call. Nor is it the first time that the league has ignored a lack of integrity from inside its ranks. As 2018 drew to a close, the Pittsburgh Steelers acknowledged that they intentionally skewed their injury report – in violation of league rules – but no major penalties were assessed.

The NFL is a multi-billion dollar organization and Roger Goodell, the league’s commissioner, an executive with a multi-million dollar per year salary. If it really wants the game to be played with integrity, it needs to start cleaning up its own house first.

As a footnote, football fans can petition Goodell to have the Saints-Rams game replayed due to “extraordinarily unfair acts,” according to league rules. If the missed call doesn’t fall into this category, nothing does.