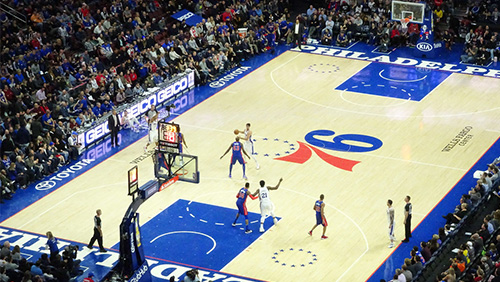 Esports Entertainment Group (EEG) has found a new partner. The eSports betting operated has entered into an agreement with Harris Blitzer Sports & Entertainment (HBSE) for a multiyear betting deal that will see both entities marketing their respective operations in each other’s venues. HBSE is the majority owner of several pro sports teams, including the New Jersey Devils, the Philadelphia 76ers and EPL (ePremier League) soccer squad Crystal Palace.

In addition to those entities, HBSE also owns Dignitas, an eSports organization. Through the new partnership, Dignitas will promote EEG’s peer-to-peer gambling site, VIE.gg, which is designed to serve as an eSports gambling exchange. It is a marketplace where users can bet against each other on the outcome of matches while trading in real time. Some of the games covered by the portal are Dota 2, StarCraft III, Call of Duty and Counter-Strike: Global Offensive.

Dignitas was founded in 2003, making it one of the oldest eSports organizations to still be operational. Its primary base is in the UK, but owned by a US company. Despite its close ties to both countries, Vie.gg cannot offer its services in either. The site does not have a license to operate in the UK, or in any of the US states that have legalized sports gambling, but is reportedly working to change this, at least in the UK. In the US, no state has yet to introduce legislation to regulate online eSports gambling and, until that happens, Vie.gg will have to sit on the sidelines.

The eSports industry is one of the fastest growing in recent times. The past couple of years have brought tremendous success to the space, and it is expected that the amount of money wagered on eSports competitions will be at least $12.9 billion by next year. Despite its popularity – Las Vegas has its own eSports arena and high schools and universities now offer eSports curriculums – the US is dragging its feet on introducing the necessary regulatory framework.

HBSE, which shouldn’t be confused with the Swiss non-profit organization by the same name, may be looking beyond eSports, as well. The company’s professional sports teams – the 76ers and the Devils – are in Pennsylvania and New Jersey, respectively, and both of these states have already legalized sports gambling. As such, perhaps there will be some additional gambling activity if the sports leagues themselves don’t put up any resistance.