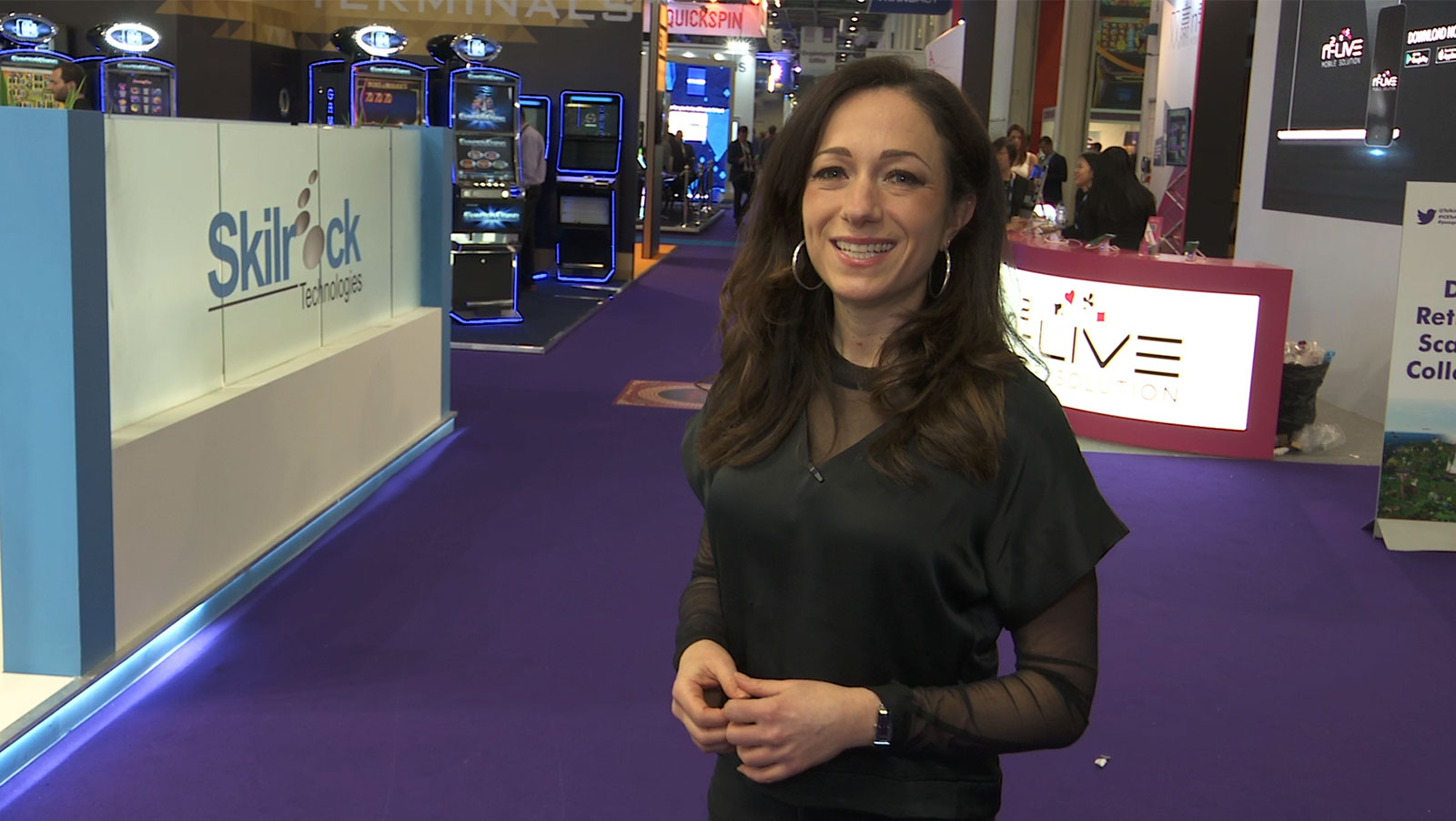 Thousands of delegates returned to the ExCeL London today to continue exploration of the vast expo floor and networking with gaming professionals old and new. While most of the press conferences and reveals take place on the Tuesday of ICE, plenty of new products and innovations are still on display throughout the hundreds of booths.

Blue Print Gaming, part of the Merkur family, was part of an enormous booth display at ICE Totally Gaming and we spoke with CEO Matt Cole to learn more about their latest product launches.

“I think following from ‘Ted’ which was our biggest release in 2017, we have got some pretty exciting new stuff in ‘18”, Cole shared with CalvinAyre.com.

“Inspector Gadget, that’s our big bonus release for H1, and that’s going to be another evolution in Blue Print’s story so I’m pretty excited about that”, he said.

“We’re going to back that up with some pretty novel concepts. We’ve got a game called ‘Flames of the Phoenix’ live multi-play. Its all about multiple players getting the same result, its bringing live play to slot environment, so if you imagine mixing live dealer with slots, that’s what we’re trying to achieve”, Cole added.

On January 2nd of this year, Blue Print Gaming announced their acquisition of Games Warehouse, a deal that will significantly boost the company’s game development operations. Cole expressed his excitement about the acquisition here at ICE and confirmed his team now has even more resources to come up with innovative game releases.

Game supplier Pragmatic Play had a Mexican theme going on at their booth, appropriately promoting their most recent slot game release, “Chilli Heat”.

“This is our latest game ‘Chilli Heat’, obviously a Mexican theme. Its a very Pragmatic Play game, so hopefully what we’re trying to do is create a theme within our games. Its a very exciting, very popular theme and as you can see, its attracting a lot of attention”, Pragmatic Play’s Melissa Summerfield told CalvinAyre.com.

“We have a tournament so you can take part and trigger the most points in our game and we’re giving out some gadgets, PlayStation Two and some other gadgets, but also we’re going to do a head on head in terms of chilli – who can cope with the amount of chilli that they’re eating, so a bit of fun as well”, Summerfield shared.

Summerfield recently joined Pragmatic Play as their COO, coming from 15 years of experience in both the supplier and operator side of the gaming industry with companies such as Microgaming, Party Gaming and BetVictor.

Summerfield told CalvinAyre.com her experience working for the operator side of the industry has provided a wonderful insight into how to create the stickiest games as a supplier.

Recipient of last year’s SBC Awards’ “Best Payment Provider” of the year, Trustly has done a wonderful job of disrupting in the gaming payments industry.

Here at ICE 2018, Trustly celebrated their 10th anniversary and the launch of their latest solution, “Pay ‘N Play”.

“The Pay ‘N Play product is our latest innovation and its extremely interesting to launch it because it changes the way companies and people experience payments, removing the payment part away from the cashier on to the first thing that happens on the site. And we also remove the fact that you have to register to start playing on a betting site”, Trustly’s CPO Josef Darmark revealed.

In recognition of their achievements and anniversary, Trustly invited delegates to participate in a short presentation demonstrating the innovation behind Pay ‘N Play (think Uber for Gaming) followed by an “afterparty” of custom-made Swedish vodka cocktails, snacks and good company.

One of the most creative displays we came across at ICE was actually situated in the hallway between the North and South expo halls. Microgaming and Triple Edge Studios, who announced their partnership just yesterday, set up 96 cameras to produce a 360 degree view of a subject. Delegates were invited to step inside the makeshift studio, strike a pose of their choice and receive a shareable video file of their pose just seconds later.

Microgaming’s PR Manager Anna McChensey told CalvinAyre.com Triple Edge Studios is an independent studio that will now be providing exclusive content to Microgaming. She also revealed the studio will be the first of six to launch in the next twelve months.