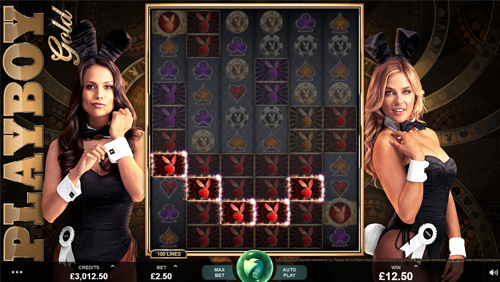 ISLE OF MAN – Microgaming is celebrating day one of ICE Totally Gaming 2018 by announcing it is working with Triple Edge Studios, an independent global game studio that will be supplying exclusive content to the online gaming giant.

It is the first of a new generation of independent game builders to be announced which will enable Microgaming to offer the market even greater choice and innovation, and deliver the very best gaming experience to its operators and their players.

Each of the studios will offer different styles and types of games, producing content to meet the needs of Microgaming’s customers worldwide. In addition to greater diversity, the number of games available will also increase.

Microgaming CEO Roger Raatgever said: “As the frontrunners in the industry our focus is always on what we can do next and exclusive content from independent global studios will play a huge part in delivering Microgaming’s growth strategy this year.

“It is all about delivering content that is targeted; be it a segment of players or a specific market.

“Triple Edge Studios are the first in a number of game studios to be announced as exclusive providers to Microgaming. It is an ambitious strategy but one we feel will cement Microgaming’s place as the market’s must-have provider of gaming content.”

The first official release under the Triple Edge Studios brand is Playboy Gold, a branded game developed under licence by Triple Edge Studios for Microgaming (that has a licensing agreement with Playboy dating back to 2013). The game launches 7 March 2018.

The game delivers a new 6-reel slot format with a host of base game and bonus features to keep players entertained, while embracing the iconic international Playboy brand to the fullest.

Brendan Walton, Design Lead at Triple Edge Studios, said: “It feels fantastic to be launching our studio during the industry’s biggest trade event, ICE. Following months of hard work we are proud to be an exclusive provider of content to Microgaming, the trailblazer in online gaming.

“Playboy Gold has been a brilliant game to work on and is a sign of the exciting things to come from Triple Edge Studios.”

To celebrate the launch of Triple Edge Studios, the studio will be taking the boulevard space at the N5 entrance, opposite the Microgaming Bar and Stand. ICE attendees can take part in a unique 360-degree time slice photography experience; a video is sent to them almost immediately and can be shared on social media.

In addition, the Microgaming Bar will be branded Playboy for the first day of the show, with a number of exciting performances set to bring the Bar to life, starting at 11am.

Microgaming will be announcing further exclusive studio relationships in the following months. Learn more about Triple Edge Studios at ICE 2018 at the Microgaming Stand, N5-220.

Microgaming developed the first true online casino in 1994. It has been breaking records, breaking new ground and breaking its back in pursuit of original gaming ever since. Developer of thousands of unique, genre-defining casino, mobile, poker, bingo, land-based and multiplayer games, and a pioneer in wearable gaming, the software giant hosts the world’s largest progressive jackpot network. Its products include Live Dealer, Sportsbook, Business Solutions and Quickfire. Microgaming is an award winner. A millionaire maker. The father of player protection and responsible gaming. And through Microgaming PlayItForward, it is a pillar of its local community on the Isle of Man.

Triple Edge Studios is an independent studio that supplies exclusive online gaming content to Microgaming for use in non-US markets. Launched in February 2018 on a mission to deliver the next big thing, and the one after that, the team of gaming innovators are constantly exploring new and original ways to embrace and harness technology to perfect their craft. Headline games released under the Triple Edge shield include Playboy™ Gold and Halloween®.