There were many who mourned the loss of poker on the MPN, but a new game on the Microgaming Network has brought poker back to fans of the game – albeit in a slightly different format.

The MPN Tour was a highlight of the poker schedule for many, up until fairly recently a fixture, welcoming players to far flung venues such as the Battle of Malta Festival:

Microgaming’s online casino already supplies operators worldwide with a wide variety of casino games, but as well as the traditional table-game inspired roulette, blackjack and craps variations, along with new and exciting skill-based efforts, poker will be added into the portfolio very soon. 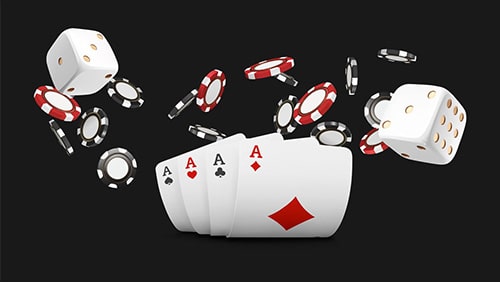 Representing something of a bonus to loyal Microgaming customers who stuck around despite there being less poker via the network, MPN may have closed some months ago, but poker is back.

Up until just a few short months ago, MPN players were on the end of 16 years of MPN poker, a run which went back to – you’ve guessed it – shortly after the year Chris Moneymaker won the World Series of Poker Main Event.

The number of poker or poker-related websites that came into being during the year after the ‘Moneymaker Effect’ took hold must have been incredible.

Hold’Em Poker is the first poker game to come along on Microgaming and will be the first of any according to the company’s press release.

John Coleman, the Chief Executive Officer at Microgaming, said, “Hold’Em Poker will add a new dimension to our online casino vertical, introducing a range of fun and exciting poker games to our platform. Designed to appeal to both poker and casino players, these games will deliver even further choice to our customers as we continue to diversify and innovate our content offering.”

It may be starting with Hold’Em Poker, but it won’t end there. Games such as Lucky Showdown will be added in forthcoming months, and will offer poker and casino fans the perfect blend of addictive gameplay and the chance to flex poker skills that might have been in danger of going rusty during lockdown.

Promising to ‘immerse players in a realistic poker room environment’, Hold’Em Poker will be a fresh take on poker, and costs €5 to enter, effectively playing as a €5-entry Sit ‘n’ Go (SNG) tournament. As with most poker offerings post 2017, the game is highly optimized towards mobile players, and fits in with the ‘gamers’ feel to many poker brands’ newest initiatives.

There’s a casino element to the action too, with a random prize-pool generator introducing a progressive jackpot that seeds at a bulky €25,000.

With a phased release week of December 1st on the horizon, the full version will be available to all players from December 9th, just a fortnight before Christmas. That’s a present every MPN player can enjoy.