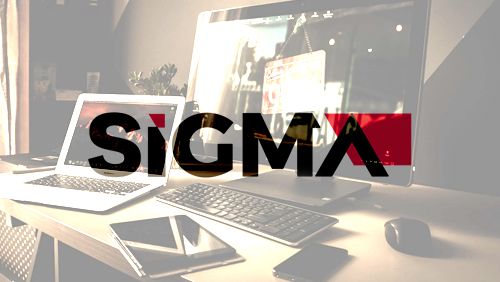 That began with a look at Australia, moderated by Ben Blaschke, managing Editor at Inside Asia Gaming. He was joined by Jamie Nettleton, Gambling Law Partner at Addisons Lawyers, and Fredric Gushin, Managing Director, Spectrum Gaming Group.

Nettleton noted the obvious short term impact Covid-19 has had on Australia, with a complete loss of revenues for the industry. Casinos have laid off 90% of staff, he noted, and online gambling is still not an option. “It will take a long time to get back in an operational manner,” he said.

Gushin gave a perspective of what we can expect to come. “People are going to have to reestablish confidence in going to venues where there are many people.” He said. Looking back at precedents set by 9/11 and The Great Recession, airlines took 3 years to recover after 9/11 for Las Vegas, and the gambling industry as a whole needed as much as 7 years to get back to pre-recession levels.

While Gushin noted that the industry as a whole has proven it can adapt to change, Nettleton commented that it will have to. As many turn to online offerings, they may lose brand loyalty to the casinos they visited before.

Next, Andrew Scott of Inside Asia Gaming gave an overview of the Japanese gambling market. He described the major sectors of the market, including horse racing, motorcycle racing, sports betting and of course, pachinko.

But the real analysis came when looking at the prospective Integrated Resort (IR) market. With Las Vegas Sands pulling out of the race, Scott speculated if it may be a powerplay move to force Japanese legislators to make their regulations more lenient. Quite simply, with short 10 year licenses, 5 year renewals, only 3% of the floor allowed for gaming, and an expected $10 billion investment, the demands of the market may outweigh its potential rewards.

A country not lacking for gambling rewards is India, and it was the next country for discussion. Moderator Oliver De Bono, COO of Condor Gaming, hosted Johan Styren, CEO of Dilanti Media, Jaydeep Chakravartty, Vice President of Commercials for Nektan PLC, and Varun Mahna, Founder of PokerDangal.

Styren immediately noted that India is like an untapped goldmine for the industry, with a population of 1.3 billion people. Unfortunately, internet penetration isn’t there yet to take advantage of that whole number, but there are still hundreds of millions of potential customers for those with access.

A large part of the conversation looked at the products Indians flock to. Mahna spoke about the attraction to fantasy sports, thanks to the dominance of cricket. But there is still lots of room to grow with Rummy and Poker products. Chakravartty noted that Indians like to play games they can find in casinos, like in Goa or Nepal.

Using these products to convert clicks into deposits isn’t complicated. Styren noted that Dilanti Media uses that affinity for known games to push players towards certain sites and platforms from an affiliate side.

But for those major operators who want to get into India, but only once its fully regulated, when will that day come? Chakravartty said that quite simply, there is a lot of gambling taking place in India already. The government can earn a lot of revenue if it’s regulated, but it still doesn’t know how to accomplish that goal effectively. It needs more political willpower to tackle it, but it’s not a priority yet.

De Bono stayed on to moderate the next panel, “Roadmap for Asia Post COVID-19: Spotlighting Macau and South East Asia.” He was joined by panelists Joe Pisano, CEO of Jade Entertainment and Gaming and Ben Lee, Managing Partner of IGamiX, Management & Consulting Ltd.

While the rest of the gambling industry has turned to online revenues to keep business going, Lee noted that Macau can’t do that. China has discouraged online and proxy betting, so Macau has banned it as well, and that’s not likely to change. Similarly, Cambodian land based casinos were deriving their revenue from China online betting, and that industry has fallen apart due to Chinese pressure.

Ultimately, Lee suggested that the size and speed of Macau’s recovery depends entirely on what China will allow. Total recovery could happen this year if China wanted it to, but with the restrictions currently in place, it’s more likely to be by 2021.

Pisano noted that Manila is a different story, as it relies much less on China, and more on local play. But without knowing how the Philippines is going to respond to the pandemic yet, it’s hard to forecast ahead.

Pulis then returned to moderate a couple of panels, starting with a discussion of Mergers and Acquisitions (M&A) in Asia . He was joined by Susan Breen, Partner at Mishcon de Reya, Robin Reed CEO of Ichiban, and Rob Dowling, Managing Partner of Partis Solutions.

Breen noted immediately that she doesn’t see M&A letting up, and it may in fact be accelerated. The only thing is, what will it look like? The deals we see in the future may be very different due to Covid.

Where future investment money comes from could look different too. Dowling noted that in the past, there hasn’t been a huge amount of interest from traditional investors in the online space, but that could change now. Reed confirmed this, noting that with almost nothing in operation, Ichiban saw private equity interest.

Pulis, who is always looking to the next big changes in technology and how it will affect the industry, asked if tech investment might be an edge in the M&A deal making space. Breen agreed, saying that B2Bs, B2Cs and Affiliates are all looking to make deals right now, and the way to stand out above the rest may be in having the best technology, rather than having the best revenues.

There was also lots of discussion about how retail operations have been destroyed by the pandemic, and if that will change the opportunities we usually see in M&A. Breen commented that it’s simply too early to tell, but it has flipped the prior thinking that retail might be looking to buy out online operators, now that online appears to hold more power.

Ultimately though, everyone on the panel agreed that people are ready with their checkbooks, but they are waiting for a little more certainty from the pandemic. Reed finished by noting that for every kind of investor, the pandemic proof business is now the priority, and that looks to be online gambling.

Khudaverdyan commented that they are looking to recreate a bit of the land based experience online, including replicating the casino experience online. Tables with the branding of a land based casino and digital recreations of the entire casino, are now being worked on.

But preparing online offerings for South East Asia isn’t necessarily easy, as localization is a huge priority. Hsu noted BetConstruct’s put in the work to get specialists for each country, developing the right language and look for each, and choosing the right games as well.

But although online gambling has prospered, sports betting has taken a hit due to a lack of live sports. Khudaverdyan noted that broadcasting esports has been a lifesaver, allowing BetConstruct to give players 24/7 access to new content. She believes that esports will continue to be a huge product after the pandemic is over, as customers get more familiar with the offering.