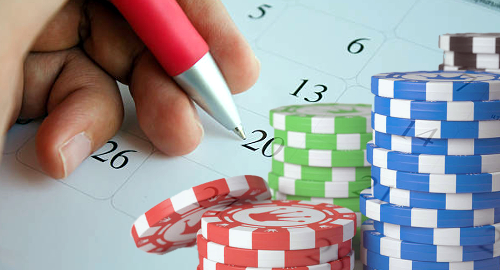 Casinos in the Indian state of Goa are starting to treat the local government like a dentist, in that they’re constantly told to come back and see them in six months.

On Wednesday, Goa’s state government approved yet another six-month extension of the six floating casinos’ right to operate on the Mandovi river. The previous six-month stay of execution expired on March 31 and the casinos now have until September 30 to find somewhere else to ply their trade.

Various versions of Goa’s government have been trying to find an alternate waterway for the floating casinos for the better part of a decade but every proposal meets with opposition from local residents. The casinos are supposed to eventually relocate to a designated land-based gaming zone, although those plans are similarly ill-defined.

The situation took a left-turn last October, when the City of Panaji announced that inaction was no longer an option and it wouldn’t renew the floating casinos’ business licenses when they expired in March. The City has yet to comment on Wednesday’s news, but Panaji MLA Antanasio Monserrate said he would continue to press for the casinos’ relocation “as was promised to the people of Panajji.”

All of Goa’s casinos – both the six ship-board operations and the handful of land-based venues in upscale hotels – have been closed since mid-March as part of the government’s efforts to reduce COVID-19 transmission.

Casino operators have been doing their bit to support local pandemic relief efforts and maybe polishing their tarnished reputations in the process. The Casino Pride Group donated Rs5.1m (US$66,600) in cash and have been feeding local police with food from their restaurants.

Delta Corp’s Deltin Group, which operates three Goa casinos, also donated Rs5.1m to the cause. Both companies have been doing what they can to look after their employees and are even housing some foreign nationals who were stuck in Goa when the state locked its borders.

Prime Minister Narenda Modi will conduct a video linkup with the Chief Ministers of all Indian states on April 27 to discuss whether the nationwide pandemic lockdown – which is set to expire on May 3 – will be extended again. Just don’t say another six months, okay?