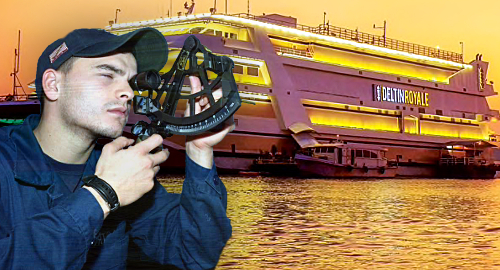 The six floating casinos in the Indian state of Goa have become a pawn in an increasingly vocal fight between state-level politicians and their municipal counterparts.

This week, the political fight over the future of Goa’s floating casinos on the Mandovi river ratcheted up a notch after the Corporation of the City of Panaji (CCP) unanimously voted against renewing the casinos’ trade licenses when they expire at the end of March 2020.

The problem is, state officials have yet to identity an alternate location for these casinos to call home, be it a permanent home or a more temporary mooring. Neighboring Aguada Bay has previously been suggested as a stopgap solution until a new designated land-based gaming zone can open at the in-development international airport in Mopa, in the northern part of the state.

Following Monday’s vote, Ports Minister Michael Lobo appealed to the CCP to rethink its position but the Times of India quoted Panaji Mayor Uday Madkaikar saying that “there is no question of reconsidering the CCP decision.” Madkaikar added that the state still has nearly six months in which to move the casinos but the clock was ticking.

On Wednesday, Lobo said the state had identified a permanent mooring spot for one casino in Aguada Bay without identifying either the casino operator or the exact location of its new home. On Thursday, Lobo said two casinos might be ready to move within eight days but also suggested that the other four wouldn’t be going anywhere anytime soon.

Lobo noted that work on the Mopa airport was currently stalled and that only after this work resumes could the government “start talking about relocating [casinos] there.” But Lobo added the airport might not be functional for another “two years or two and a half years” and that the plan to move the floating casinos onto dry land might take “a time period of four years, five years, six years.”

On Thursday, Lobo pushed back against both the CCP’s edict and the demands of state-level opposition parties by arguing that the government “cannot ask [casino operators] to leave. We have to give them time to leave.” The operators had made investments in good faith and “when the government has given them a licence legally, you cannot tell them overnight ‘you pack and go’. You cannot trouble them.” Perhaps, but it seems certain that trouble will find some or all of the players in this drama soon enough.