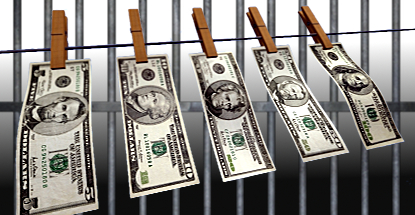 Last December, Hong Kong authorities froze assets belonging to Cheung, who is reputed to be one of the main investors in the Neptune Group junket operation, although Neptune has claimed Cheung no longer has any stake in the company. Cheung’s wife was similarly detained in April 2014 and had her assets frozen over suspected money laundering activity.

The South China Morning Post reported that the 54-year-old Cheung turned himself in to police on Monday and appeared in Eastern Court on Wednesday. Cheung was arrested and released on HKD 200k (US $25,800) bail pending his next court appearance on Sept. 24.

Cheung’s charges, filed under the Organized and Serious Crimes Ordinance, relate to deposits made to his Hong Kong bank accounts that police allege Cheung knew were “in whole or in part, directly or indirectly” the proceeds of an indictable offence. The total sum made via these deposits between 2004 and 2010 comes to HKD 1.79b ($231m).

Prior to that, US officials claimed to have found a copy of Cheung’s passport among the items seized in last summer’s raid on Paul Phua’s online sports betting operation, which the FBI accused of using the Neptune Group to settle wagers with high-rolling bettors.

Macau’s junket operators have had a rough ride over the past 12 months, as China’s corruption crackdown has drastically curtailed the number of VIP gamblers willing to be seen betting big in Macau. Earlier this month, Neptune warned that it faced “substantial” losses in its current fiscal year due to VIP gaming room closures.

BROKEN TOOTH RETURNS TO MACAU
Meanwhile, former 14k triad leader Wan Kuok-koi aka ‘Broken Tooth Koi’ has reportedly opened a new VIP room in Macau. Wan was released from prison in December 2012 after serving 14 years for loansharking, illegal gambling and criminal association. Within months, Wan announced plans to return to Macau’s gaming industry, although little was heard from him after that.

Hong Kong’s Next Media reported that Wan opened a new VIP room last week, although it didn’t identify in which casino he had set up shop. Next Media said Wan’s “bold” decision to open a room just as Macau’s VIP gaming biz has sunk to levels not seen in five years demonstrated “his ability to succeed where others fail.”

Next Media also claimed that Wan had wangled a seat on a regional body of the Chinese People’s Political Consultative Conference (CPPCC). Recent appointments to the CPPCC include Melco Crown Entertainment co-founder Lawrence Ho and Alvin Chau, founder of the SunCity Group junket operation. Wan is reportedly preparing a high-profile soirée this October at Macau’s Grand Hyatt hotel, which operates out of Melco Crown’s City of Dreams resort casino.