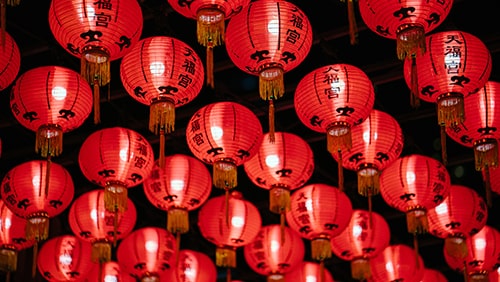 Everyone expected the Chinese New Year (CNY) holiday to not bring a lot of action to Macau, especially since the city, as well as China, recommended locals forego their travel plans. The constant threat of COVID-19 has forced the old playbooks to be tossed into the fire as a “just wing it” approach is necessary. Still, Macau had hoped to see at least 100,000 tourists descend on the city during the CNY period, but that hasn’t happened. In fact, the actual figures are well below even the already-reduced expectations.

The Macao Government Tourism Office (MGTO) had hoped to see around 16,000 to 20,000 visitors each day as the CNY got going. So far, as of yesterday, total visitation was just 62,894 since February 11, the start of the annual holiday, and is well below what everyone would have liked to have seen. On February 11 and 12, less than 10,000 people arrived in the city on each of the two days, much to the disappointment of tourism officials. The best day was this past Monday, when 17,357 visitors were recorded. That was 52% fewer than what had crossed into Macau last year on the same day.

As would have been expected, most of the arrivals came from mainland China, with 57,226 travelers crossing over into Macau from the country. They preferred land-based transportation, as only 4,844 of the total visitation numbers came via air. That virtually nonexistent air travel segment might soon see some improvements, though, even if CNY was essentially a bust.

According to Macau International Airport (MFM), which shared its predictions with GGRAsia, flights into Macau could be on the rise for what’s left of this month. It explained that the airport might handle a total of 1,128 commercial flights before February ends, which would represent about 40 a day. This is much better than what was recorded last month, when an average of just 28 a day – 870 in total – was recorded. If the numbers hold up, February’s MFM movement will have increased by 29.7% since the start of the year, which was down 12.6% from last December’s figures.

The forecast comes by way of updates provided by a number of airlines with plans to have active routes in Macau this month. Among these are Air Macau, Air China, China Eastern Airlines, Shanghai Airlines, Spring Airlines and Xiamen Airlines. Around 15 Chinese cities are among those that are sending flights to Macau.