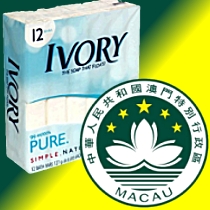 Macau’s government has felt it necessary to do its bit to arrest the frantic selloff of casino stocks that followed reports of an imminent crackdown on junket operators by authorities in Beijing. While not addressing the issue specifically, the government website posted a statement to the effect that Macau will step up its inspection of the junket business on which the enclave’s casinos rely to provide a steady stream of high-rolling VIP gamblers.

Secretary for economy and finance Francis Tam followed up by saying Macau would “purify the operational conditions of the gaming industry.” This would be achieved in part by taking a closer look at junket operators’ backgrounds. The Macau Daily Times quoted Tam saying Macau would “exercise stricter examination” of operators when it came to licensing, paying particular attention to whether or not they have criminal records. Should Macau uncover any evidence of criminality, “we won’t turn a blind eye to it, nor take no action against such activities.” Tam said Macau had been “paying close attention to possible money laundering or abnormal capital flow in the city, and would tackle these cases seriously.”

Tam said mainland junket operators that wish to do business in Macau would be subject to the same scrutiny. The rumored crackdown was said to be focused on mainland operators, but Tam dodged a question as to whether Beijing had provided Macau with any evidence of mainland junket links to triad activity. All Tam would say was that if Macau received such info, “we will surely team up with the police to crack down on such activities … Triad activities are in no way allowed in Macau.”

Union Gaming analyst Grant Govertsen has suggested that if a crackdown is in the works, it will likely target “disfavored junkets” rather than more high-profile operators. Much of Macau’s junket industry has gone relatively mainstream, evidenced by the latest appointments to the Chinese People’s Political Consultative Conference (CPPCC). As predicted, Melco Crown exec Lawrence Ho made the grade, as did a number of other prominent casino execs. But making the CPPCC’s Guangdong provincial committee was Alvin Chau, founder of the Suncity Group, one of Macau’s most prominent junket operators. You’ve come a long way, baby…