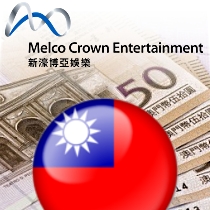 Union Gaming analyst Grant Govertsen has dismissed reports of a plan by China to crack down on junket operators feeding VIPs into Macau casino VIP rooms. Govertsen noted that Beijing has previously issued statements supporting Macau’s growth, and incoming president Xi Jinping supposedly favors Macau’s ongoing development. If a crackdown is coming, Govertsen said the likely targets would be “disfavored junkets” rather than a sector-wide attack. Similar sentiments came from Lawrence Ho, co-chairman/CEO of casino operator Melco Crown Entertainment (MCE), who said he “hasn’t heard anything” about a crackdown and believes “this year is definitely going to be better than last year” for MCE.

MCE is a joint venture between Australia’s Crown Ltd. and Hong Kong-based Melco International Development Ltd. that operates Macau’s City of Dreams and Altira Macau casinos as well as the Mocha Clubs slot parlors. MCE is also developing the Studio City casino-resort on Macau’s Cotai strip and the Belle Grande casino-hotel in the Philippines’ Entertainment City complex in Manila. Belle Grande is a joint venture of MCE and Henry Sy’s Belle Corp.

TAIWANESE INVESTIGATION OF MELCO CROWN SUBSIDIARY WIDENS
Meanwhile, more light has been shone on the investigation into whether a Taiwan-based MCE subsidiary illegally transferred $180m to Macau on behalf of high-rolling Taiwanese gamblers. While the MCE subsidiary has been identified as MCE International Ltd., Taiwanese authorities told GamblingCompliance that they executed a search warrant for the Taichung City offices of UK-listed online peer-to-peer currency exchange platform MoneySwap. A 2011 filing with the AIM exchange says MoneySwap had “operation agreements” with MCE International focusing on “Hong Kong and Taiwan and on the casino sector.”

MoneySwap had a similar arrangement with a Genting Malaysia subsidiary that expired in December 2011. It’s not clear whether MoneySwap ended its deal with MCE International at the same time, but a September 28, 2012 AIM filing lists no income attributable to casino or online gaming, compared with $450k in revenue from those sources a year earlier. Last week, MoneySwap group financial officer Chee Boon Lee “stepped down from the board of the company with immediate effect, in order to pursue other business interests,” but the company declined to say whether Lee’s departure was in any way connected with the investigation.