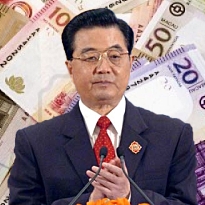 Gaming Partners International, the Las Vegas-based company that supplies casinos with chips, cards, dice, roulette wheels and other gambling gear, saw revenue rise 22% to $16.9m in the third quarter of 2012. Net income was up sharply higher, from $500k in Q3 2011 to $1.3m this year. Credit for the company’s good fortunes goes in part to supply deals with new casinos in Ohio and New Jersey, but primarily due to “significant increases” in shipments to casinos in Macau run by SJM Holdings and Las Vegas Sands.

There’s no doubt that the casino boom in Macau has been good to the gambling industry, well, unless you’re Caesars Entertainment. But there were signs this year that the good times might not always roll. After years of unparalleled growth, the Chinese economy underwent a contraction in 2012 and the procession of VIP gamblers arriving on Macau’s shores slowed in tandem. But Macau gaming revenue in October beat analysts’ expectations and Melco Crown Entertainment’s Lawrence Ho says the VIPs were only being cautious ahead of China’s once-a-decade change in its Communist Party leadership.

There has been speculation that China’s new leaders could begin their tenure with a visible display of anti-corruption activities, which could include further limitations on high-rollers’ ability to move money from the mainland to Macau’s gaming halls. Steve Vickers, a former head of intelligence with the Hong Kong police force, told the Associated Press that he believes “there will be a fundamental change” in China’s attitude toward Macau. “It makes no sense to facilitate what is going on further.”

But in his speech to the Party congress on Thursday, outgoing President Hu Jintao doubled down on the government’s support for the special administrative regions (SARs) of Macau and Hong Kong, telling the assembled delegates that the “One Country, Two Systems” principle should be respected and that the SARs should retain the high degree of autonomy they currently enjoy. China Daily reported that Hu said maintaining the long-term prosperity and stability of the SARs was a “vital” goal. China’s politics are rarely less than opaque, meaning anything could yet happen, but on the surface at least, it appears that Macau’s party is far from over.