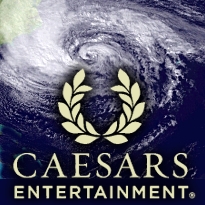 Hurricane Sandy may have succeeded in shutting down Atlantic City’s dozen casinos for a few days, but the gaming halls appear to have dodged any serious structural damage. Tony Rodio, CEO of the Tropicana and president of the Casino Association of New Jersey, told the Philadelphia Inquirer that the damage was “nothing major. You had minor things and debris.” Borgata VP Joe Lupo said AC’s market-leading casino came away with little more than a few broken windows. Caesars Entertainment spokesman Gary Thompson said the company’s four AC casinos’ roofs sustained “extensive” wind damage but repair work had already begun. In Connecticut, a Mohegan Sun spokesman said the casino sustained “very minimal damages” and thus was “fully operational.” Similarly, Foxwoods Resort Casino expected to be operating more or less at full capacity by Wednesday.

Atlantic City may take a little longer to get back to normal due to the havoc Sandy inflicted on the surrounding roads. While the Atlantic City Expressway and the Garden State Parkway have reopened, some other thoroughfares remain underwater and/or strewn with debris, including downed telephone poles. Getting all employees back to work may prove difficult for a few days yet and New Jersey’s Division of Gaming Enforcement plans to inspect each casino before announcing a reopening date. For the moment, the state of emergency and evacuation and curfew orders remain in place. Collectively, Rodio estimated Sandy’s impact at $5m for each day the casinos remain out of commission.

CAESARS GIVES UP ON MACAU, PINS HOPES ON SOUTH KOREA
Speaking of disasters, Caesars Entertainment is reportedly throwing in the towel on its dreams of one day opening a casino in Macau. Caesars CEO Gary Loveman infamously declined to apply for a Macau casino license at the beginning of the millennium, allowing competitors Las Vegas Sands, Wynn Resorts and MGM Resorts to make their moves. By the time Caesars recognized its blunder, Macau had stopped issuing casino licenses, so Caesars took the best shot available – paying $578m for a 175-acre Macau golf course and hoping that one day the authorities would let them put a casino on the fairway.

That was five years ago, during which time the company’s short- and long-term debt has ballooned to $22b while Macau’s authorities haven’t budged on the license moratorium. After taking a $101m writedown on the golf course during the last quarter, Caesars president of international development Steven Tight told the Wall Street Journal that enough was enough. “When you have that much capital devoted to an asset that’s not delivering its potential, you need to consider other options.” While the company has yet to receive any formal offers for the property, Tight says there’s been “a significant level of interest” from “a number of potential buyers.”

In a bid to prove they’re not completely licked in Asia, Caesars continues to pursue a casino joint venture in South Korea with Indonesian conglomerate Lippo Group. The plan is to construct a $500m hotel-casino with 600 hotel rooms, 100 gaming tables and 150 slots near Incheon Airport. Tight says Caesars’ objective is “to create a compelling offering for the foreign market without overspending.” Caesars intends to apply for tentative government approval for a casino license by early December. Meanwhile, Caesars is due to release its latest horror novel, er, earnings report, on Wednesday.