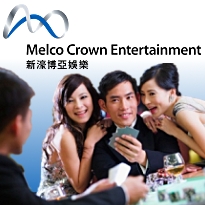 Melco Crown recently secured the bulk of the financing to construct its third Macau property, Studio City, which is set to open in mid-2015. On a post-earnings call with analysts, Ho said both phases of Melco Crown’s joint venture in Manila with Belle Corp would now not open until H1 2014. Turning back to Macau, Ho said the VIP market had been negatively impacted by the imminent leadership change in the Chinese government. Despite there being “very little uncertainty” surrounding the Chinese situation – at least, in comparison with the hyperbolic US elections – Ho said VIP customers “were kind of just waiting for it to happen before really coming out in full force.” Ho went on to say that Macau “continues to be a place where supply drives demand, I think if anything right now with better infrastructure, to bring people into Macau and more hotel rooms, it would be a much bigger market than it is.”